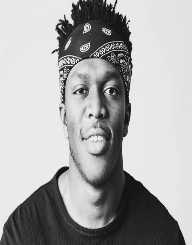 For the most part, Olajide Olatunji seems like an average young adult, but that doesn’t mean that he stays out of trouble all of the time. In 2012, he was a part of the Eurogamer event. While he was great at playing the games, he wasn’t so kind to all of the other people at the events. He has been reported to harass some of the women at the event sexually. He was kicked out of the event by doing this. It is currently unknown if he is still sexist or not.