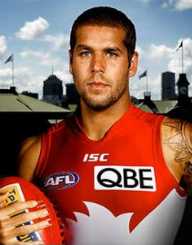 Jim Stynes was born on April 23, 1966. He was an Australian footballer and Philanthropist. He was known as the pride of Australian football. He started playing football at the age of eight. He is a co-founder of The Reach Foundation. He was also an author as he wrote several books. He died of cancer in 2012.

Jim Stynes was born on April 23, 1966, in Dublin, Leinster, Republic of Ireland. He was born to Brian and Teresa. He was brought up alongside two siblings, Brian and David. His brothers are also footballers. He attended the Ballyroan Boys School. He also attended De La Stelle College Church Town. He started playing football at the age of eight. He represented the Ballyboden St. Enda’s Gaelic Athletic Association at the under eleven level. His inspiration to play football was drawn from the movie ‘The Club’ which helped him learn more about football.

In 1984, Jim Stynes played for his hometown in the All Ireland Minor Football Championship. In the same year, he travelled to Australia to join the Melbourne Football Club. He later enrolled at the RMIT University to earn a degree in Bachelor of Social Science. He graduated from the University and then joined Deakin University to pursue a degree in Education.

In 1987, Jim Stynes got his big break when he played for Melbourne Football Club. In 1988, he played so well in the 1988 VFL Grand Final that he was announced the best player of the match. In 1993, he was injured while playing against North Melbourne Football Club but he did not give up, but he continued playing. In 1994, he also played for his club even though he was not fit due to injuries that he had sustained. In the same year, he collaborated with movie director Paul Currie to found the non-profit organization ‘The Reach Foundation.’ In 1996, he authored his first book titled ‘Whatever It Takes.’

Jim Stynes married Samantha with whom he had two children, Tiernan and Matisse. He was diagnosed with cancer while he was serving as the chairman of the Melbourne Football Club. He died on March 20, 2012, of cancer at his residence. He died at the age of forty five. He was accorded a state funeral.