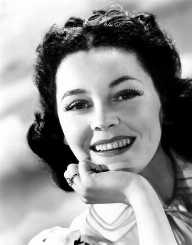 Maureen Paula O’ Sullivan was born on May 17, 1911. She was an American actress. She was popular for her role as Jane in the television series ‘Tarzan’ alongside Johnny Weissmuller. Maureen died on June 23, 1998, at the age of eighty-seven.

Maureen Paula O’ Sullivan was born on May 17, 1911, in Boyle, County Roscommon in Ireland. She was born to Mary Eva Lovatt and Charles Joseph O’ Sullivan. She attended a Covent school in Dublin. Later, she went to the Covent of the Sacred Heart, Roehampton in England. Maureen attended finishing school in France. She then moved back to Dublin where she worked with the poor. In 1929, she sailed with her mother to New York. She found work with the Fox Film Corporation.

Maureen O’ Sullivan made her film debut in the film ‘Song O’ My Heart’ alongside John McCormack. She later appeared in six movies while at Fox. In 1932, she signed a contract with Metro-Goldwyn-Mayer. She appeared in numerous movies at Metro and also worked with other movie studios. Maureen later got the greatest role in her career as Jane in the television series ‘Tarzan the Ape Man.’ She co-starred in the series with actor Johnny Weissmuller. Some of the films she appeared during the 1930s include, ‘The Thin Man,’ ‘A Yank at Oxford’ and ‘Anna Karenina’ among others.

In 1948, she made her come back to the screen in ‘The Big Clock’ which was directed by her husband. Ten years later, Maureen and her husband lost their son Michael in a plane crash.

In 1961, Maureen O’ Sullivan appeared in the play ‘A Roomful of Roses’ and later ‘Never Too Late.’ She later lost her husband, but this did not derail her acting career. In 1965, she appeared in the film ‘Never Too Late’ for Warner Bros. She later became an executive director for Wediquette International. In 1972, she traveled to Denver where she participated in the theatre production of ‘Butterflies are Free’ alongside Karen Grassle and Brandon.

Maureen O’ Sullivan has a star on the Hollywood Walk of Fame at 6541 Hollywood Boulevard. In 1982, she received the George Eastman Award for her contribution to the art of film.

In 1936, Maureen O’ Sullivan married film director John Villers Farrow with whom she had seven children. Farrow died on January 28, 1963. In 1983, she married James Cushing, a wealthy businessman. They remained married until her death in 1998. In 1947, she became a Naturalized United States citizen. She died on June 23, 1998, in Arizona of complications associated with heart surgery.

She died at the age of eighty-seven. Maureen’s remains are buried at Most Holy Redeemer Cemetery in New York.