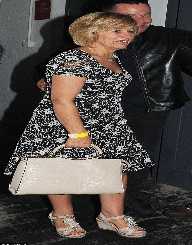 Maura Gallagher is a very enthusiastic personality and cared very much for Niall and went along with him in his tour of America in 2012. Denise Horan, the daughter-in-law of Maura.