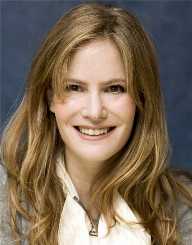 Jennifer Jason Leigh was born on February 5, 1962, in Los Angeles, California, USA. Her parents are Barbara Turner and Vic Morrow. Both of her parents worked in the film industry.

Jennifer’s career picked up in the 1980’s. For a small part of the decade, she continued to work on small roles in television shows. However, she appeared in her first movie, Eyes of a Stranger, in 1981. Jennifer J. Leigh earned her most famous early movie role as Stacy Hamilton in Fast Times at Ridgemont High in 1982. Beginning in 1983, Jennifer moved to working in movies or the rest of the 1980’s. Some of her other famous movies from this decade include The Hitcher, The Men’s Club, Under Cover, Heart of Midnight, and Last Exit to Brooklyn.

During the 1990’s, Jennifer J. Leigh continued to work mostly in films. She also occasionally appeared in made-in-television movies. Near the end of the decade, she also began acting in both animated and live-action television shows, including King of the Jill and Adventures from the Book of Virtues. She also has a recurring role in the show Hercules. Some of her most famous movies from the 1990’s include Rush, The Prom, Dolores Claiborne, A Thousand Acres, and Washington Square.

In the 2000’s, Jennifer J. Leigh returned to acting in television shows on and off. She only had one recurring role in this decade, which was in the show Weeds. She began this role in 2009 and carried on with it until 2012. Some of her most famous movies from this decade include The King is Alive, The Anniversary Party, Road to Perdition, Childstar, The Machinist, and Margot at the Wedding.

Jennifer J. Leigh took on her next recurring role in 2012 in the series Revenge. After her role in this show, she returned to working primarily in films. Some of her famous movies from this decade include Kill Your Darlings, Hateship Loveship, Jake Squared, Welcome to Me, Alex of Venice, The Hateful Eight, and Amityville: The Awakening. In 2017, she returned to television, taking on a recurring role in the Netflix Original show, Atypical. She also appeared in the show Twin Peaks in the same year. Most recently, she has appeared in the 2018 movie, Annihilation, as Dr. Ventress.

Over the course of her career, Jennifer J. Leigh has won over twenty awards, and she has been nominated for over sixty other awards. Some of her most impressive awards are listed below.

Jennifer Jason Leigh married Noah Baumbach in 2005. This couple has a son together. Sadly, they divorced in 2013.