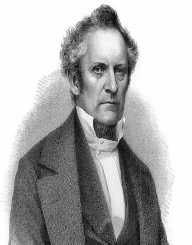 Sir George Stokes, 1st Baronet was an Irish Physicists and Mathematicians born in 1819.  He spent his entire career till the moment of his death at the University of Cambridge. He made many contributions to the field of Physics and was a great influence to other Physicists and Mathematicians. He is best remembered especially for his Fluid dynamics research. He made history just like Isaac Newton to hold three positions in the Royal Society as secretary, professor, and president. He also became the first person ever to hold those three positions simultaneously.

Sir George Stokes, 1st Baronet was born on August 13th, 1819. He was born in Skreen, County Sligo, Republic of Ireland to an evangelical Protestant family. He was the last born to and Gabriel Stokes and Elizabeth Haughton.  His father was a Reverend and had his own Parish. He had two sisters and three brothers who later became priests.

George Stokes began his primary education with his father as his tutor. A clerk in his father’s parish also taught him during his early education. He later joined Reverend R H Wall's school. He studied there for three years from 1832 upon which he joined the University of Bristol in 1835. Mathematics was his favorite subject which earned him many prizes. After Bristol, George Stokes furthered his studies in Pembroke College in Cambridge in 1837. Four years later he graduated from Pembroke College and was awarded, Fellowship.

George Stokes began his career in the 1840s. By then he published papers in his unique method. In May 1847 he became part of subsequent Royal Commission. This was after his research and findings on the causes that led to two bridges collapse which led to some railway accidents.

In 1849 he was offered a job opportunity in the University of Cambridge in England. This was the position of Lucasian professorship which tokes took with open arms. The chancellor of the university presented him with a gold medal to celebrate him. He then maintained this position till the moment he passed away in 1903.

In 1849 George Stokes wrote a paper on his findings on gravity. He wrote another paper on fluorescence phenomena in 1852 and also another on polarized light. He came up with findings on the wavelength of light which earned him the Rumford Medal in 1852. He received the medal from The Royal Society.

In 1860 he described behavior on the intensity of light when transmitted and reflected in a different number of plates. In 1864 he did another research on organic bodies. George Stokes focused on finding their chemical identification. He also furthered his research to find a way of enhancing achromatic telescopes. In 1893 he was awarded the Copley Medal.

George Stokes wedded Mary Susanna Robinson in 1857. They were blessed with five children. They are Arthur Romney, Susanna, Isabelle Lucy, William Gabriel, Dora. Susanna and Dora passed away in infancy, and later, their son William took his own life at the age of 30.

Sir George Stokes, 1st Baronet took his last breath on February 1st, 1903 at the age of 83. He died in Cambridge.