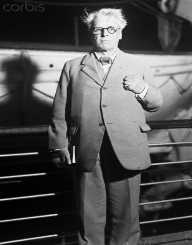 W B Yeats was born on June 13, 1865, in Dublin, Leinster, Republic of Ireland. His parents were Susan Pollexfen and John Yeats. He also had three siblings: Elizabeth, Jack, and Susan.

As a child, W B Yeats was homeschooled for several years by his parents. When he was 12 years old, he entered the Godolphin School. He earned average grades, but he was especially interested in literature around this time. He later attended the Erasmus Smith High School.

In 1884, W B Yeats began attended college classes at the Metropolitan School of Art (currently the National College of Art and Design). While there, he focused on studying literature and writing. He stayed at this school until 1886.

During the late 1880’s, W B Yeats spent much of his time studying the works of other writings, both authors from the past and authors that were his contemporaries. Some of the authors who he was friends with were Oscar Wilde and George Bernard Shaw. These authors helped to inspire each other, which influenced their writing. During this decade he wrote Fairy and Folk Tales of the Irish Peasantry and The Wanderings of Oisin and Other Poems (a poetry anthology).

In 1890, W B Yeats joined the Hermetic Order of the Golden Dawn, and the Rhymer’s Club (which he also helped to found in the same year). This group included several other poets of Yeat’s time. Together, the group would write poems. The group would go on to publish poetry anthologies as a group.

W B Yeats continued to be deeply involved with plays at the turn of the century. He worked most often with the National Theatre of Ireland, which opened in 1904. Many of his plays were shown here, which helped to make both his plays and the theatre itself a success. Other Irish actors and playwrights of the time also helped to make the theatre a success. Some of the plays that he published during this were Where There is Nothing and The Hour Glass.

During the 1910’s, W B Yeats focused more on poetry than plays. Some of the poetry books that he published during this time include the following: A Coat, Poems Written in Discouragement, The Wild Swans at Coole.

During the 1920’s and 1930’s, W B Yeats continued to write poetry. He was well known for his romantic and lyrical poetry. Many of his poems had a song-like quality to them.

W B Yeats is now best known for helping to revitalize Irish culture, mostly in literature. He often used Irish folklore and other legends in his works, which could be part of the reason why their legacy has survived for all of these years, even long after his death.

Some of Yeats’s other famous works are listed below.

A Full Moon in March

The Winding Stair and Other Poems

In 1923, W B Yeats won the Nobel Prize for Literature.

W B Yeats married Georgina Hyde-Lees in 1917. Hyde-Lees was also an author. The couple had two children together. The couple was married until Yeats death, but it is well-known that Yeats often cheated on his wife.