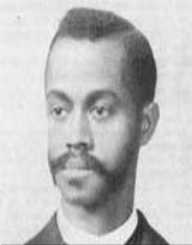 Charles Henry Turner was a comparative psychologist, Zoologist, a scholar, and a biologist. Born on February 3, 1867, he became the first African American to receive a Doctorate in Zoology. As a pioneer in the field of insect behaviour, he became the first person to discover insects’ ability to hear and alter behaviour in accordance with experiences. Aside from his biological works, Turner was a civil activist and attempted to break the racial barrier in American academia.

Charles Henry Turner was born on February 3, 1867, in Cincinnati, Ohio. He had his high school education at Gaines High School and came out as the top best student in his year group (1886). He continued at the University of Cincinnati for his bachelor’s degree in that same year, graduating in 1891. He continued with his master’s degree from the same University.

Turner had a financial aid during his graduate degree program as he assisted some professors from his alma mater (1891-1893). He furthered his education at the University of Chicago for Ph.D. where he graduated in 1907 with a Doctorate in Zoology being the first African American to obtain such a feat.

With his academic achievements, Charles Henry Turner mostly taught in the high school though he taught in few Universities like Tuskegee University in Alabama and Clark Atlanta University (1893-1905). As he embarked on his teaching profession, he was pursuing his Ph.D. In 1907, he graduated from the University of Chicago. He also taught at Summer High School when he was still pursuing his Ph.D. He found it difficult obtaining a teaching appointment at the University a top university, which some construed to be racial reasons.

However, others argue that it was because he wanted to have time to research more into insects’ behaviour. Turner mostly worked with young African American students because he related with them better. He taught in Clark College (now Clark Atlanta University) from 1893 to 1905. He also became an active supporter in the struggle to obtain social and educational services for African Americans in St. Louis, Missouri. He retired in 1922.

Charles Henry Turner was a trailblazer in his investigations. He was the first Scientist to discover that insects were capable to of learning. In his famous research projects, he showed that insects were able to hear and distinguish from pitch based on previous experience. Citing the honeybees as an example, he discovered that they could see colours and recognise patterns.

His first discovery was how cockroaches can learn from trial and error. He had to his credit more than 70 research papers throughout his 33 years career. He also published 49 papers on field research he conducted on fresh-water invertebrates, which included “Habits of Mound-Building Ants,” “Experiments on the Color Vision of the Honeybee,” “Hunting Habits of an American Sand Wasp” and “Psychological Notes on the Gallery Spider.”

The Tanner-Turner Hall building on Clark Atlanta University campus is built in his honour. Children’s book Bug Watching with Charles Henry Turner by M.E. Ross (1997) has enabled children to learn about his influential work. His pace-setting work has been reintroduced to the public through the publication of selected papers and Biography of Charles Henry Turner, Pioneer of Comparative Animal Behavior Studies (2003). A school for disabled African American children was named in his honour after his death.

Charles Henry Turner married Leontine Troy in 1887 a year after he enrolled in high school and had two sons, Henry and Darwin Turner. Leontine died eight years after their marriage in 1895. He then married Lilian Porter. The family later moved to St Louis Missouri, in 1982, where Turner taught as a science teacher in Sumner High School. He died from acute myocarditis in a hospital in Chicago on February 14, 1923. He was 56 years. He was interred at Lincoln Cemetery.