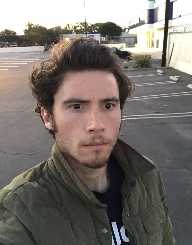 Brandon Calvillo is one of the famous social media personalities setting various platforms ablaze with his video and photo postings. He is already a Vine star and getting fans gaga with his postings and currently has about 6.5 million followers on that platform. Brandon is doing well on other platforms like youtube with more than 83,500 subscribers and with almost 800,000 followers on Instagram. He is also on Twitter with 260,000 followers.

Brandon Calvillo videos are astonishingly amazing as he can blend his jokes so well that people of his age likewise adults get attracted to them. He can delve into a wide range of topics and does that so perfectly. One unique thing about him is that he features his family, especially his mother in some videos.

Brandon Calvillo was born on July 28, 1994, in California, the United States of America to mother Kimberly. He has two other brothers Jesse and Gregory Calvillo, who are also viners. Calvillo was educated at El Dorado High School in Placentia but was not able to enter college. Information about other childhood activities and current love affairs is however not in public. Nonetheless, there used to be rumours that he is dating someone who is also into social media.

Brandon Calvillo's first approach to social media was a way of having fun and getting to know other people. He used to work in a sandwich shop before picking up a career on social media. He started with an account on Vine where he posted several videos though not with a professional approach. As time went on, he turned to post more clear and family oriented videos that gained him some attention. This was when he came out with the six-second video titled Getting Tacos for Taylor Swift. The video became an instant hit, winning him over 10,000 fans.

Brandon Calvillo made several other videos featuring his family and other Viners like Christian, Jason Nash DelGrosso, Marcus Johns Josh Darnit, Nash Grier, Thomas Sanders, King Bach, and David Dobrik. He ensures that each video he makes gets his family members laughing before uploading them on social media. He is also doing very well on all other platforms, including YouTube, Twitter, and Instagram. As his popularity began to surge, he had ten offers with Virgin Mobile with the help of a talent agency GrapeStory. He and Jason Nash were featured in the film FML: A Social Media Adventure and has appeared on AXS TV Live and the Ellen DeGeneres show.