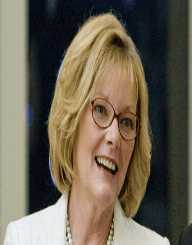 American actress Jane Curtin was born on the 6 September 1967 to John Curtin and Mary Farrell in Cambridge, Massachusetts.

Jane Curtin was educated at the Convent of the Sacred Heart and the Elmhurst Academy. She then enrolled at the Elizabeth Seton Junior College in New York City and did her tertiary education at the Northeastern University.

Curtin rose to stardom when she was one of the original cast members who appeared on Saturday Night Life in 1975.

Jane Curtin won the Primetime Emmy: Outstanding Lead Actress in a Comedy Series in 1984 and 1985 for her portrayal of Allie Lowell in Kate & Allie (1984)

Jane Curtin married television producer Patrick Lynch in 1975, and they have a daughter Tess.