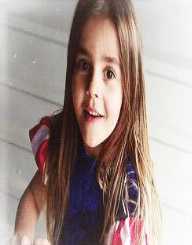 Butler Avia was born in Idaho City, USA. Her family is known to be YouTube`s first family. Her father through his efforts and determination resulted in him being renowned as the most admired American comedian and YouTube celebrity.

He was acknowledged by 'Forbes’ as the most successful YouTube entrepreneur. In fact, her father passed on the talent to her which is quite evident by what has become of her. Her ability of entertaining others came in naturally as she was brought up in the avlogging family.

Avia Butler was born on May 4, 2005, in Idaho City, USA. Her father is Shay Carl Butler, a famous YouTuber and her mother Colette Katy Butler is also a vlogger. She is the second child in a family of five children; Gavin, Brock, Emmi, and Daxton. Her family moved a lot, so she ended up living in both Idaho and California. Avia, together with her elder brother and parents, continued posting videos with her at an early age.

At just 11 years she was already rocking the entertainment industry and creating excitement for the public with her videos. She has an inborn talent for comedy and humor. She got featured on the family's YouTube channel, 'Shay Tards', where her parents and elder brother appeared too. They mostly shared funny and informational videos on their channel.

Avia Butler started entertaining fans at a tender age. People knew her as PrincessTard on their YouTube channel (Shaytards) which had over 5 million fans. Though viewers received all her video well, her breakthrough came in 2014. Avia posted what turned out to be the most successful video, 'Forever Love’ featuring Danna Richards.

In the video, Avia played the piano while singing with her mother. The public much received the video, it was a masterpiece. By December 2016 the video had more than 10 million views. This appreciation was undoubtedly a great achievement for a forthcoming teen. Given her early success, it can be anticipated that Avia’s future would be bright, and she could make one of the superstars in the entertainment industry.

Her video 'Forever Love' turned out to be a significant success and has more than 10 million views on YouTube currently. Apart from her talent to sing, Avia Butler also has a passion for acrobat and loves to perform it at a sports event. She does so well in this too.

Avia Butler has an adorable sense of humor which she uses in most of her videos. She is also a great Singer. Surprisingly, she has a deep affection for athletics too. Her natural flexibility is beyond belief. Most of her fans do not know that she has a different side of her celebrity life though. She is a bold acrobat. As much as this may sound quite odd for a fantastic Singer and youtube, she does so well in acrobatics. Avia developed a love for acrobatics at an early age and is excellent at jumps, flips, and landing on back handsprings.

In December 2016, one of her videos (Forever Love) featuring Danna Richards, a famous singer, had over 10 million views on YouTube. Avia Butler plays the piano and sings with her mum in the song's video.