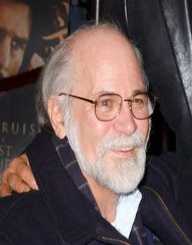 Ronald Lawrence Kovic was born 4th July 1946, to Eli Kovic and Patricia Lamb. He was born in Ladysmith, Wisconsin, in the United States. Kovic had five siblings, and both his parents were members of the U.S. military. After the war, the family moved to Levittown in New York, where Kovic grew up.

When Ron Kovic finished high school in 1964, he joined the United States Marine Corps. He did 12 weeks of intensive training at the recruitment facility in South Carolina and was given the rank of Private First Class. He then went to Camp Lejeune in North Carolina for his advanced combat training. After spending Christmas at home, he was assigned to the Barracks at Norfolk, Virginia. He did further training in radio and communications, learning Morse code as well.

Kovic volunteered to serve in Vietnam, and in December 1965 arrived at his post in South Vietnam. He was assigned to H&S Company, 3rd Battalion, 7th Marines, 1st Marine Division. In 1966, he was re-assigned to Bravo Company, Second Platoon, 1st Reconnaissance Battalion, 1st Marine Division. After serving in Vietnam for 13 months, Kovic returned home. He was assigned to the 2nd Marine Aircraft Wing in North Carolina, but he volunteered for a second tour of duty and returned once again to Vietnam.

On 20th January 1968, Ron Kovic's reconnaissance force came under heavy fire from the North Vietnamese, and Kovic was shot in the foot and the shoulder, causing a collapsed lung and injury to his spinal cord which resulted in paralysis from the chest down. He was rescued by one of his men and then spent a week in intensive care.

Kovic turned his attention to becoming a peace activist, and he was arrested on 12 different occasions for his political protesting. He didn’t care about the arrests and continued to speak to students and others about the war.

In 1974, Ron Kovic led a hunger strike to bring attention to the poor treatment that returned veterans received in Veterans Hospitals in the U.S. The other participants were all returned servicemen who used wheelchairs like Kovic. Donald E. Johnson, head of Veterans Affairs, eventually resigned.

Kovic’s peace activism has taken him all over the world, speaking about peace, and trying to tell the truth about what happened to him during the war. He has also continued to attend anti-war demonstrations, including the Gulf War and the Iraqi War. In January 2018, it was the 50th anniversary of Kovic being shot and paralyzed in the Vietnam War.

In 1989, Ron Kovic's 1976 autobiography, Born on the Fourth of July, was released as a movie, co-written with Oliver Stone. His other films included Operation Last Patrol (1973), One Bright Shining Moment: The Forgotten Summer of George McGovern (2005), and The U.S. vs. John Lennon (2006).

For his service and injuries during the Vietnam War, Kovic was awarded the Bronze Star Medal with Combat “V,” and the Purple Heart Medal.