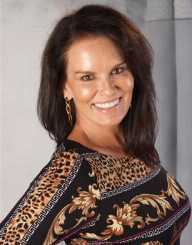 Denise Brown was born 29 July 1957, to Lou and Juditha Brown, in Frankfurt, Germany. She came from a family of four girls. When Brown was young, the family moved to the United States.

Brown did her schooling at Dana Hills High School, and she then relocated to New York after graduation.

Shortly after arriving in New York, Brown was signed by the Ford Modelling Agency. She modeled throughout the 1970s and 1980s, but in 1986, she moved back to California to live with her parents and her son. In June 1994, Brown’s younger sister, Nicole, was brutally murdered, and so was her friend, Ron Goldman. Nicole was married to the famous sportsman, O.J. Simpson, and he was charged with the murders.

Brown became an activist to raise awareness of family violence in 1995. Since then, she has made it her life’s mission to work tirelessly for this cause. She travels widely, speaking to many groups including audiences at universities, church groups, prisoners in jail, and many others.

In 1994, Brown and her father established the Nicole Brown Foundation, of which Brown is President. She also helps local shelters right throughout America to raise funds. She has been instrumental in raising awareness of the domestic violence issue, and Brown has also worked closely with politicians to have more funding made available for those that need it.

She is credited with having done more than any other person for the domestic violence. Brown has also done acting, appearing in The Conspiracy of Silence (1995), The O.J. Simpson Trial: Where Are They Now? (2014) and Insight TV (2014).