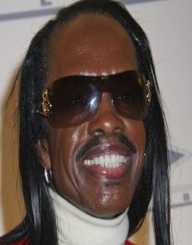 Verdine White is an American musician best known for his exemplary work with Earth, Wind, and Fire. He was once placed at position 27 on Bass all times best.

Verdine White was born in Chicago, on 25th July 1951. His father was a doctor who also played the saxophone. He grew up listening to various recordings of John Coltrane and Miles Davis. Two of his brothers, Fred and Maurice White played the drums.

At the age of 15, Verdine White encountered Double bass, and from that moment he was sure that he wanted to play bass.

Taking the advice from his father and his two brothers Verdine White took lessons from Radi Velah where he learned Billie double bass and electric bass. White once said that the most significant influence on his career was Gary Karr and Paul McCartney.

Maurice who was Earth, Wind and Fire founder, invited Verdine White to join the group in Los Angeles and become a member of his group. Within ten years, the saw immense success, topping in most charts. It was nominated to six Grammy Awards.

Their performance was known to have intense energy. In some occasions, White was lifted in the air by other band members while playing the guitar. The group later went separate ways four years before reuniting in 1987. White was however diagnosed with Parkinson's disease which saw him miss the 1990s tour.

Verdine White has been married to Shelly Clark for 35 years, and they live together in their hose in Los Angeles. His wife was once R&B music singer.

In 1995, the group received a star on the Hollywood Walk of Fame. The bands biggest achievement was winning the Grammy Awards six times. White received magazine's Lifetime Achievement Award from Nathan East. He also has an honorary doctorate from America Conservatory of Music.

Verdine White is the co-founder of the Verdine White Foundation. The foundation aims to guide students taking music coming from the underprivileged background.