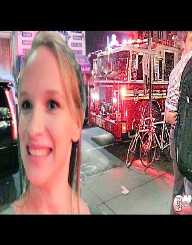 Born on November 6, 2007, Bailey Ballinger is an American rising social media star. The nine year old sensational is visible on YouTube through the Ballinger family channel, managed by her father, Christopher Ballinger. Christopher posts magic tricks on the channel every Monday and has since its creation in 2013, has over 790,000 subscribers with about770 video posts.

Bailey Ballinger was born on November 6, 2007, in California, the United States to Jessica and Christopher Ballinger. She is the first child, and her siblings are Jacob Ballinger and Parker Ballinger. Christopher is a writer and magician, and Jessica is a homemaker. The couple met in high school became lovers and subsequently got married and are currently expecting their fourth child.

Bailey Ballinger and her siblings are homeschooled by Jessica. According to family sources, Bailey is very intelligent, loves to ask the question, and has a problem-solving mentality. Bailey Ballinger sings in church and hopes to become a nurse or police officer when she grows.

Social media and its craze among the youth has not yet ended as more and more talents come to the limelight through such platforms. Bailey Ballinger got the internet running when she was one year old and featured in her aunt, Colleen Ballinger’s vlog. Colleen featured her in several other videos making her cognizant on with YouTube.

She also has a question and answers session with Colleen that has over a million likes. Colleen has about 5 million YouTube subscribers with her channel PsychoSoprano with 788 videos. She also manages a vlog, Colleen Vlogs with over 1.1 million subscribers. After enjoying a YouTube debut on her aunt’s channel, she was featured in video Duet with Bailey in 2014, on the Ballinger family channel managed by her father, Christopher.

Her first video drew more likes and admiration from fans and subscribers. With the success achieved, Christopher began a segment on the channel for Bailey Ballinger titled Bailey Book Review. The segment set a platform for Bailey to review books on her bookshelf almost every week from her own perspectives. The success gained with the family channel, Jessica, helped her to create the Bailey Bailey Ballinger channel in 2015. She posts her daily vlogs on the channel which has gradually gained lots of subscribers. The first vlog she posted had over 56,000 views and had since posted three others.

Bailey Ballinger although is a rising social media sensation, but that has not kept her from exploring other fields and exhibiting her talent. She is currently learning ballet and partakes in activities of that field. She also loves to draw craft making which is owned to her creative skills. The young and charming Bailey sings in church and can play the piano.