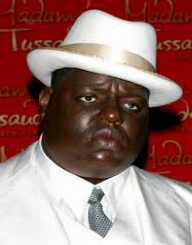 Biggie Smalls alias the Notorious B.IG was born on May 21st, in 1972. He was a celebrated American rapper. Most people consider him to be one among the best rappers to ever live. His first album titled Ready to Die earned him immense recognition in the East Coast hip-hop. Growing up, Smalls was directly affected by the hostility that existed between the East Coast and the West Coast hip-hop.

Later, in 1997, he was murdered. Two weeks after his death, his last album called Life After Death was released. The album topped the U.S charts. Three years down the line, the album was certified, Diamond.

Christopher Latore Wallace AKA the Notorious B.I.G, Biggie or Biggie Smalls was born on May 21st, in 1972. His place of birth was in Brooklyn, New York City. He was the only child to Selwyn George Latore and Voletta Wallace. At the age of two, his father abandoned the family. This left him under the care of his mother who had to work in different jobs to raise enough money.

During his early education, Biggie Smalls was a good English student. He went to All Saints Middle School. He earned the nickname ‘Biggie’ because of his plus body size. Smalls later schooled at Bishop Loughlin Memorial High School. However, he requested to be transferred to George Westinghouse Jr. School. This was the same school where rappers such as Busta Rhymes, Jay-Z and DMX attended.

Biggie Smalls began selling drugs at the age of 12. His mother was unaware of his business because of her tight schedule at work. When he was 17, he abandoned school. Crime was the order of the day for him. After that, he was arrested in 1989. He was then charged with illegal possession of firearms. Following his arrest, he violated his probation after a year and as a result was arrested again. In 1991, he was again arrested and sent to jail for nine months. He bailed himself out shortly after.

After wedding Faith Evans in 1994, Biggie Smalls  went ahead and released a hit single titled “Juicy.” The song performed well as it was ranked top 30. In the same year, he released his first album, Ready to Die. The album was ranked 13th, on the Billboard charts. Afterwards, it was certified a platinum record four times.

Following the success of Smalls after releasing his debut album, he drove hip hop’s attention away from West Coast. The focus was now on the East Coast as it began dominating in the U.S. charts. Other hit singles that performed well in the album were “One More Chance” and “Big Poppa.”

At some point, Biggie Smalls partnered with the celebrated pop singer, Michael Jackson. They joined forces while working on the album titled HIStory. However, in 1996, he was faced with a number of legal issues which were mainly related to his aggressiveness. He got arrested during this year and charged with illegal possession of weapons.

Later, in June 1996, Tupac released a hit song that dissed Smalls claiming that he had slept with his wife, Evans. Also, Tupac claimed that Smalls had copied his music style and personality. Following the feud that existed between the two, Biggie Smalls was later linked to the murder of Tupac in September 1996.

Biggie Smalls had two children in his lifetime.