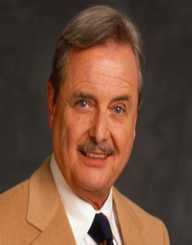 William Daniels was born on March 31, 1927, in Brooklyn, New York, USA. His parents were David and Irene Daniels.

As a young adult, William Daniels attended Northwestern University. While there, he studied theater.

William Daniel’s theater acting career began when he was only 15 years old. His first appearance on the stage was in the play Life With Father. However, it wasn’t until 1959 that he appeared in his first role on Broadway (as Assistant D. A. Cooper) in The Legend of Lizzie.

The 1960’s were Daniels’s most productive years on the stage. He performed in several major plays, both on and off Broadway. Some of his Off-Broadway plays of this decade include The Zoo Story and  Krapp’s Last Tape. His Broadway performances include A Thousand Clowns, One Flew Over the Cuckoo’s Nest, One a Clear Day You Can See Forever, Daphne in Cottage D, and 1776. William Daniel’s last major Broadway play (and his only Broadway play of the 1970’s), A Little Night Music, was produced in 1973. After this point, Daniels was mostly focused on his on-screen performances.

William Daniels’s television career began around the same time as his theatre acting career. His first on-screen role was just a bit part in the show Justice. His episode aired in 1955. For the rest of the 1950’s, he only appeared in television shows. He only had one recurring role, which was in the show Armstrong Circle Theatre.

In the 1960’s, Daniels’s continued to act in most television shows. He earned more recurring roles on these shows, usually for just a couple of episodes, though. William Daniels also appeared in his first film, Ladybug Ladybug, in 1963. While he appeared in small roles in various television shows, like The Defenders, The Doctors and Nurses, and For the People, it wasn’t until 1967 that he earned his first major television role (as Carter Nash. Capt. Nice) on Captain Nice, which aired for one season. He also had other film roles, including A Thousand Clowns, Two for the Road,  and The Graduate.

In the 1970’s, William Daniels’s performed in a fair mix of both television shows and movies. He also started to have recurring roles in television mini-series, including The Adams Chronicles and Blind Ambition. He also had a recurring role as the character Kenneth Kitteridge in The Nancy Walker Show, from 1976-1977. Most of his movies were made-for-television movies. Some of these included Murdock’s Gang, Kolchak: The Night Stalker, and Instant Family.

Daniels’s career popularity hit its peak in the 1980’s. He started off the decade with a recurring role on the show Freebie and the Bean, which he worked on for several episodes. Then, in 1982, he took on a recurring voice role in Knight Rider as the character KITT. He stayed on this show until 1986. Also in 1982, Daniels’s took on one of his most famous roles as Dr. Mark Craig in St. Elsewhere. William Daniels stayed with this show until the series end in 1988. In the meantime, Daniels also continued to have guest appearances in television shows and roles in movies. Some of these include Blind Date, Rehearsal for Murder, Reds, The Million Dollar Face, and Trapper John, M.D.

The 1990’s were also a popular time for William Daniels. He appeared in one of his most famous roles as Feeny in Boys Meets World. He began on this show in 1993 and stayed with it until the show’s end in 2000. Because of this show, this is the role that most Millenials recognize him from. His other projects from the 1990’s include Knight Rider 2000, Nurses, Magic Kid II, and The Lottery.

Throughout the 2000’s, William Daniels appeared most in bit parts in television shows (both animated and live action) and movies. Some shows and movies he appeared in include The Simpsons, The King of Queens, Kim Possible, The Close, Blades of Glory, and Boston Legal.

As of the 2010’s, William Daniels continues to act, even though he is 90 years old. In 2012, he had a recurring role on Grey’s Anatomy as Dr. Craig Thomas. In 2014, he reprised his old role of Feeny to appear on Girl Meets World, a spin-off series of Boy Meets World. He currently still acts on this show.

Even though William Daniels has had a long acting career, he does not have many awards and has only been nominated for less than a dozen. All of his awards are listed below.

Primetime Emmy for Outstanding Lead Actor in a Drama Series (St. Elsewhere)
Viewers for Quality Television Awards Q Award for Best Actor in a Quality Drama (St. Elsewhere)
(He won  both of these awards twice in different years from 1985-1987.)
William Daniels once served as the president of the Screen Actors Guild (for one term in 1999).

William Daniels married Bonnie Bartlett in 1951. This couple had one biological son who died in infancy. The couple also adopted two children. As of 2018, the couple is still married.