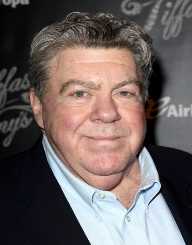 He has been nominated six times to the American Emmy Awards. He is an accomplished television actor and comedian.

George Robert Wendt was born in 1948, in Chicago. His father George Wendt II, was a Navy officer. He joined Campion High School. This was an all-boys Catholic school in Wisconsin. It followed the strict Catholic discipline in education. So strict, that he normally compared it to prison. As an average student, he never fared well in academics. Wendt would go on to describe himself as a ‘Solid C student’. He got admitted to the University of Notre Dame. The scholarship did not last long. He posted poor academic results and was expelled after two years. A Jesuit Catholic college in Kansas City accepted him. Eventually, he graduated from the Catholic-run Rockhurst College in 1971. He had successfully earned himself a degree in economics.

The young Wendt traveled to Europe, after graduating from Rockhurst College. Today, it is the Rockhurst University. He then came back to Chicago to work in his father's company. At the company, he never stayed long enough. He left the family company. Since his love was acting, he joined a theater group. His entry was not easy. He was hired at the theater as a sweeper.

He used his time as a sweeper to befriend the group. He silently learned the world of acting by watching them perform. After the intervention of a friend, the group enrolled him. Later, he was welcomed into the mainstream cast group. At the Second City troupe, he managed to sharpen his acting skills. He was then included into the troupe’s tours. His acting career had begun. From 1974 to 1980, he made a name with the troupe’s main stage cast. His love for diversity in role-playing gave him many roles in the troupe.

Cheers was a television series cast in a Boston bar. The cast became a household name. It lasted from 1982 to 1993. Cheers had 275 episodes in all. The character Wendt played was a male called Norm Peterson. Norm was a regular patron at the bar. Wendt featured in all the 275 casts of the Cheers. Ted Danson and Rhea Perlman were the only other actors who appeared in all the 275 episodes. The Norm Peterson character was so popular that other sets included him in their casts. They were seven other casts in all. Notable casts that borrowed Norm were St. Elsewhere, Family Guy and The Simpsons. Wendt went on to play the Norm role in all the other seven casts. It is during the Cheers cast, that Wendt was nominated to the Emmy Awards.

He did it in a record six consecutive times. A fete no other actor has achieved. After Cheers, Wendt teamed up with his acting partner John Ratzenberger. They did perform in several other television and movies. He also appeared in a host of television interviews. Marketing companies also gave him contracts for their products. His influence went beyond stage and television stations.

George Wendt acted many roles in several movies. His mixed parentage made it easy for him to relate to diverse cultures. He was a natural actor. Movie casts from as far as New Zealand sought his skills. The British also gave him several roles to act. But it was his will and passion for acting that helped him. Since he had poor academics, his genius played out in the acting. He had roles mostly as a supporting character. The most notable was his role in Black and White. This was the iconic Michael Jackson’s music movie. Other movies he featured are Guilty by Suspicion, Forever Young, Man of the House, and Outside Providence. These are just but some. Wendt had also many other supporting roles in several films. In his years in movie making, he has shared the castings with Mel Gibson, Robert DeNiro among others. Though not active in movies, he is still sought in small television casts.

He has been nominated to the Emmy Awards for playing Norm Peterson. It is the only supporting role to have been nominated six times in a row. Wendt also appeared all the 275 episodes of Cheers. In addition to that, he played the Norm Peterson character in seven other television series. His fingerprints are engraved at the Hollywood Amphitheater. He is a hall of fame alumni at the Hollywood Hall of actors. He was also at the forefront of Chicago’s summer Olympic bid campaign.

He is a Catholic by faith. He has a family is of mixed parentage. Part of his parentage is German, while the other is Irish. George Wendt is married to Bernadette Birkett. They have been married since 1978. The couple has three children. They had their first child Hillary in 1985. The second child Joe was born in 1987. Three years later, Daniel was born. Wendt’s wife is also a cast performer. The two met at the Second City troupe in Chicago. Wendt is an avid sports fan. He still goes to the Notre Dame American football club matches.

In a world where success is in academics, poor grades are condemned. The average students in the class are considered failures. The society usually fails to empower the soft skills. Many people have made it in life after being dismissed. A good education is vital in life. But, we have other careers which are not academically based. Basketball, athletics, and boxing are some of the examples. Like Wendt, many have had successful careers after failing in class. Bill Gates dropped out of school. American Oprah Winfrey was told she can never make it in journalism. Today, she is an acclaimed television personality. Beyonce was dismissed with a horrible voice. Today, she is a world known artist. Like Wendt, they decided to follow their dreams. Their hard work, discipline, and passion proved fruitful in the end. If one is given the right environment to explore their talent, great things are achieved.