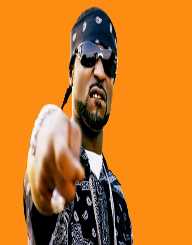 David Darnell Brown is famous for his stage name Young Buck. He was born on March 15th, in 1981. His place of birth was in Nashville. Buck is an American rapper by profession and that he was recently a member of UTP Playas, an American hip hop group. As part of his thriving business, he is a proud president of his own recording company, Ca$hville Records. Buck is also famous for being a member of G-Unit, a group associated with other renowned stars such as Lloyd Banks, 50 Cent, and Tony Yayo.

Young Buck was born on March 15th, 1981 in Nashville, Tennessee. When Buck was 12 years old, he began his rapping career. This was after being influenced by one of his rapper friends at that time called Clay Cole. Cole’s rapping style made Buck jealous, and he simply wanted to be better than him. In the process, he honed his rapping skills at a young age. Within a short period, he was recording in a studio. Soon, Buck landed on an opportunity to perform for Cash Money Records co-founder, Brian "Baby" Williams. This was the beginning of his professional rapping career as he spent a few years with Cash Money Records.

In the year 2000, Buck decided to leave the recording company for good. He made this decision with his associate rapper, Juvenile and they both moved to UTP Records. Buck spent the next three years with UTP records. It was through this recording company that he crossed paths with 50 Cent. Recognizing his talent, 50 Cent signed him up to the G-Unit Records indirectly under the label Interscope Records.

The first major deal that Buck stumbled upon was with Cash Money Records. This was an opportunity that he took advantage of in 1995 after performing for Brian "Baby" Williams AKA Birdman. With time, Buck went on a tour with Birdman, and through his performances, he gained popularity. Frustrations followed after failing to feature in any of the albums by the recording company and decided to quit in 2001. After this, he went to work with UTP Records and UTP Playas.

In 2003, Young Buck left UTP Records and partnered with 50 Cent in building his already growing empire. 50 Cent wasted no time as he signed up Buck to join the G-Unit Records. In August 2004, Bucks first album with the recording company was released, Straight Outta Cashville. Some of the singles featured in the album included "Let Me In, "Look at Me Now," and "Shorty Wanna Ride." His work after the first album was to work on the G-Unit project, a collaboration album called Get Rich or Die Tryin-2005. Two years later, Bucks released his next album Buck The World.

During the year 2010, Young Buck faced several financial issues which almost led to his house being auctioned. At the same period, some of his assets had to be sold to pay off his creditors. In 2012, Buck was jailed for 18 months following the weapon charges that were facing him. He was later released the following year on October 1st. In 2016, he also faced charges for threatening to burn down his girlfriend’s apartment.

In 2002, Young Buck tied the knot with Tanee McCall. In 2003, the couple was blessed with a daughter named Jayla. Jada and David Jr. are also Buck’s children.