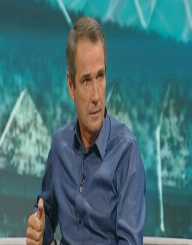 From a young age, Alan Hansen loved to play sports of all kinds. As a child and teen, he was a part of some sports groups, and he even joined a youth sports club. Throughout most of his teen years, Hansen loved golf more than any other sport, and he initially tried to make a career of it. However, the Hibernian Football Club liked his soccer skills, and they offered Hansen a professional contract. However, Alan Hansen still dreamed of being a professional golf player, so he turned down the offer. It was not until the early 1970’s that Hansen dropped his goal of being a golf sensation for the thrill of joining a soccer team.

Alan Hansen began playing soccer professionally in 1971 when he joined the Partick Thistle team. During his time playing for Partick, he helped his team to earn their way into the Scottish Premier Division of soccer. All of the hard work Alan Hansen was putting in on his team gained the attention of other soccer teams who wanted Hansen for their own. After playing for Partick for a number of years, he joined the Liverpool soccer team in 1977. The team offered him over 100,00 euros to play. One of Hansen’s greatest moments from being on this team was when he helped his team to win the 1979 League titles, as well as winning the FA cup in the 1980’s.

Even though Alan Hansen retired from playing soccer in the 1990’s, he didn’t quit on sports entirely. Shortly after his retirement from soccer, he began working for Sky Television, where he was a commenter, more than an analyst, on soccer games.

He mostly focused on soccer, as that is what he knew best. He later worked for BBC as a sports analyst. He retired from his spot of sports commentator in 2014, after the 2014 World Cup.

Alan Hansen not only talked about sports, but he wrote about them too. He wrote several column articles for the famous British newspaper, The Daily Telegraph. He has also written some articles for the BBC website. For most of his articles, he focuses on writing about sports.

Alan Hansen has also had offers to become managers for Scottish soccer teams, but he has turned down these offers and shows no sign of taking up similar offers in the future.

Alan Hansen was inducted into the Scottish Football Hall of Fame in 2007. In 2014, BBC aired a documentary about Hansen’s life and sports career.

Alan Hansen married the love of his life, Janet, in 1980. The couple has two children together, Adam and Lucy. The couple is still married to this day.