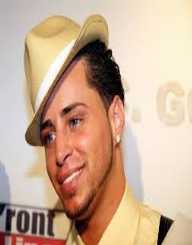 Carmine Gotti Agnello Jr. is an American television personality and famous singer. He is the grandson of the late Mafia don John Gotti.

Carmine Gotti Agnello Jr. was born to Victoria and Carmine Agnello on April 4, 1986. He was born in Ozone Park in New York. Agnello is one of the four children in the family. The others are Frank, John, and Justine. He grew up in New York as a member of the Gambino family. He was the second born child and the eldest on in the family. His sister Justine was a stillborn baby in 1984.

He went to St. Dominic High School in New York. After high school, he went to a local college in New York. Agnello played basketball in high school and college. He even thought of playing professional basketball in the NBA. He generated attention every time he played on the court. The Gambino family was famous for its notoriety because of their grandfather, Gambino Mafia family boss John Gotti. John Gotti died in prison while serving for gang-related violent crimes. His fortune star brightened when he appeared on a television show with his family.

At the age of 18 years, Carmine Gotti Agnello Jr. made his maiden appearance on the television screen. He featured in the 2014 television show titled Growing Up Gotti. It was a reality television series on the teenage life of a member of the Gotti family. The Gotti family brought into the fore the daily struggles in the family. Their mother Victoria Gotti became the favorite of the show. She exposed the parenting struggles and her fight with cancer. She narrated how her sons are typical juveniles. Despite being from a famous family, they express themselves with characters of any teenage boy in the world. They fight, go to parties, enjoy fashion and experiment with being rebellious.

The following year, Agnello appeared on another reality show But Can They Sing? Agnello was invited courtesy of his interest in having a music career. In the show, upcoming talents showcased their depth in singing. Agnello braved tight competition to appear in the final. He eventually lost to the winner Michael Copon. Agnello received several invitations to perform in television shows and musical concerts. He did not turn professional in his music ambition.

Carmine Gotti Agnello Jr. went into business like all the members of the Gotti family. He opened a car spare parts shop in New York. He diversified into other ventures including hospitality chains. He has interests in restaurants, capital market stocks, and casinos.

Some sources suggest he is involved in the Mafia, owing to his family history. The FBI raided his shop in 2016. His brother John was being investigated for murder. John blew up another person in a car after an argument on the street. He was sentenced to jail.

Agnello keeps his family facts secret. His secrecy is synonymous with the so-called Mafia Code of Silence. He talks of what people already know. He lets out very little new information.

Carmine Gotti Agnello Jr. has kept his marital status a secret. He shares little information about his private life. His parents divorced, and his father remarried. He sometimes talks about his taste for beautiful clothing. He has a collection of designer apparel and accessories.

John Gotti is the most colorful of the three brothers. He married Alina Sanchez in September 2015. In the wedding party, he invited a celebrity guest list the celebrations. Every guest provided a USD 5,000 gift mostly in hard cash or stocks. Alina delivered their first son in 2016. They named him John.

Frank Gotti, the youngest in the family, works with Carmine Gotti Agnello Jr. in the family businesses. He is the timidest despite being the last born.

His cousin brother John Jr. Gotti is an extreme martial art expert fighter. He often says he shares his name with his notorious grandfather. He does a different business from the traditional family business to sanitize the name. John is deemed the most volatile of the grandsons. Unlike his namesake cousin John Gotti Agnello who is always involved in brawls in and out of the ring. He has been police custody on several occasions for flouting the law. John Jr. despite participating in a violent sport is calm, collected and steers away from trouble with the police.

Carmine Gotti Agnello Jr. came from a Mafia family. Despite his negative family history, he has consistently tried to forge his life on the path away from the line of his grandfather. He played a sport different from the family’s traditional favorite, baseball. Agnello appeared on television shows and music concerts. He portrayed himself as a typical teenager in America.

Since the Mafia families operate in utmost secrecy, it is difficult to deduce the underlying currents in their lives. Despite the suspicions, Carmine Gotti Agnello remains a favorite figure in American society.