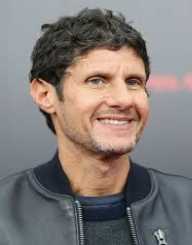 Michael Louis Diamond was born on 20th November 1965 in New York City, New York, in the United States. His parents were Harold and Hester Diamond.

His father was an art dealer, and his mother worked as an interior designer.

Shortly after, at the suggestion of John Berry, their guitar player, the group took on the new name of the Beastie Boys.

Adam Horovitz joined the group in 1983, and around that time, they moved away from punk and into hip hop.

Also interested in interior design, Diamond created a Brooklyn-themed toile wallpaper. The wallpaper was used at Marquee Nightclub in Chelsea when they did their renovation. The nightclub reopened in early 2013.

Yauch died in 2012. 12 months later, the Rolling Stone interviewed Diamond. Diamond stated he was excited to be making new music again. He released Humberto Vs. the New Reactionaries (Christine and the Queens Remix) in mid-2013.

Mike D and Horovitz also did a remix of the Yoko Ono Plastic Ono Band's song, Bad Dancer. It was released online in 2013.

Diamond also moved into producing music. In October 2013, he produced music for the band Portugal. The Man.

He also produced the second album of the English punk group, 'Slaves', released in September 2016.

Diamond released another remix in 2017. This time it was Big Sur, originally by Jack Johnson.

Mike D married Tamra Davis in 1993. Davis is a film, television, and music video director. The couple has two children, but they separated sometime later.