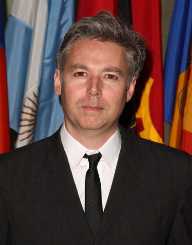 There have been several contributors to the development of music into the stage especially when it comes to rap. Through hip-hop music, rap came to stay and legends like Tupac, Biggie, Nash, and others have gracefully fulfilled their part. One person who also contributed to rap and music is Adam Yauch.

Born on August 5, 1964, Adam Yauch was an American rapper, musician, film director and a human rights activist. He was one of the founding members of the hip-hop group Beastie Boys and known by the stage name MCA or Nathanial Hornblower. Yauch was also known as a staunch activist for the Tibetan independence movement for which he organised the Tibetan Freedom Concert. He is also the founder of the independent film production and distribution company Oscilloscope Laboratories in New York.

Adam Yauch was born on August 5, 1964, in Brooklyn, New York City and was the only child of his parents. Yauch loved music from his childhood and seized every opportunity he had to improve upon his skills and learned other things. He had his education at the Edward R. Murrow High School in Brooklyn, where he taught himself how to play music. He continued to Bard College but dropped out after two years into his college education. During his school days, he partnered with John Berry, Kater Shellenbach, and Michael Diamond to for the group Beastie Boys as a hard punk bank before going into rap.

After dropping out of college, Adam Yauch and other members of Beastie Boys played a couple of shows. The first album of now hip pop dominated group Licensed to Ill was released under the Def Jam Records in 1984. At this time, some of the pioneer members like John Berry, Kater Shellenbach had left and others like Adam Horovitz joined.

Yuan placed himself on the directing role for several music videos of Beastie Boys. Some of the early tracks were Cooky Pus and Hard Rock released by Def Jam. In 1985 Beastie Boys toured with Madonna but that tour was a disaster as they were booed by fans during their performance. The group’s first album was Licensed to Ill in 1986. The album did very well selling more than 4 million copies. Other works by the band include Ill Communication in 1994, Hello Nasty in 1998.

Adam Yauch in 2002 established his own record studio Oscilloscope Laboratories and the independent film distribution company, Oscilloscope Pictures in Ney York City. In 2006, he directed the group’s concert film Awesome; I Fuckin’ Shot That! and also Gunnin’ For That #1Spot in 2006. He also produced the comeback album Build a Nation of the hardcore punk band Bad Brains. His music company was also the distributor of Kelly Reichardt’s Wendy and Lucy in 2008 and The Messenger by Oren Moverman in 2009. Since 2010 Beastie had sold over 4o million albums.

Adam Yauch was a Buddhist and became an influential activist for the Tibetan independence movement. To this effect, he established the Milarepa Fund, aimed at sourcing funds for the Tibetan movement. He also organised concerts such as the Tibetan Freedom Concert as a contributing gesture. He was also a supporter of feminism and duly apologised to previous lyrics which deemed offensive to women. On issues of war and violence, Yeun always condemned prejudice against Muslims and Arabs and spoke to America’s wars against Muslim countries when receiving the Video Vanguard Award at the 1998 MTV Video Music Awards.

Adam Yauch got married to a Tibetan-American, Dechen Wangdu in 1995. The two had previously met in 1995 during a speech by the Dalai Lama at the Harvard University. They were blessed with a daughter Tenzin Losel in 1998. Yuan was diagnosed for cancerous parotid gland and lymph knot, but undergone an unsuccessful treatment and died on May 12, 2012, at age 47.

Before his death, Yuan had hope and described his cancer as very treatable. The illness prevented him from appearing in music videos and other sessions of the band. When the news of his death was broken, several musicians poured in tribute. Notable among them are Russell Simmons, Ben Stiller, Jeff Ament, Eminem, Linkin Park, Billy Talent, Madonna, and Cold Play among several others. Parts of his will stated that his music could not be used in any advertisement.

After his death, the Palmetto Playground in Brooklyn, New York was renamed Adam Yauch Park in his honour. Bard College awarded him the Charles Flint Kellogg Award in Arts and Letters in 2011. Citation of the award reads "given in recognition of a significant contribution to the American artistic or literary heritage." He also won two Grammy’s with the album Hello Nasty in 1998. In 2012, Beastie Boys was inducted into the Rock and Roll Hall of Fame.