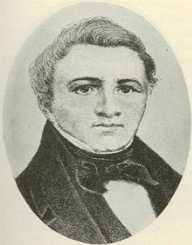 Daniel D. Tompkins was born on June 21, 1774, in New York, USA. His parents were Sarah Hyatt and Jonathan Tompkins. He also had ten siblings.

As a young adult, Daniel D. Tompkins attended Columbia College. He graduated from this school in 1795. He later studied law and took his bar exam in 1979.

Daniel D. Tompkins began his political career in 1801 when he was made a delegate to the New York State Constitutional Convention. The first decade of his political career went by quickly, and his advancements in the political hierarchy went even faster. In 1803, Daniel D. Tompkins worked as a member of the New York State Assembly. In the next year, he was electro to be a member of the House of Representatives, but he declined on this position. He instead worked as an associate judge in the New York Supreme Court. He held his position until 1807.

Later in the year of 1807, Daniel D. Tompkins was elected to be the new Governor of New York. This was an opportunity that he couldn’t pass up on. While working as the state’s governor, he made some reforms in the state. One of the things he did was discourage the advancements of a chartering bank but encouraged better schools and lesser punishments for crimes.

One of the main things that took a toll on Daniel D. Tompkins during his time as Governor of New York was the stressors of the War of 1812. During this war, he worked on mobilizing the New York state militia. He had to borrow funds to make this happen. However, the state’s legislature would not give him the funds, so he had to use his own money, and loans were taken out in his name,  to do so. After the war, the state did not reimburse him, which caused him many financial problems.

One of the noble things that Daniel D. Tompkins did while working as Governor was to try to end slavery in New York state. There had been a law passed in 1799 that stated all slaves born after 1799 would work as indentured servants until they were adults. However, Daniel D. Tompkins helped to pass a law (in 1817) that any slaves born before 1799 would become free in 1827. By the 1840’s, in part because of this law, there were no slaves registered in New York state.

Also while working here, he was offered to become the Secretary of State under President James Madison in 1814. This was another position that Daniel D. Tompkins would end up turning down. However, he was asked to run for the Vice President to James Moore. He gladly took on this position.

In 1817, he did not run for Governor again (as he had been re-elected several times between 1807 and 1817), but instead proudly took on his new role as Vice President. Daniel D. Tompkins was officially inaugurated as Vice President of the United States on March 4, 1817. He was later re-elected as Vice President again four years later. However, he only stayed in office for one year of this term, as he was struggling financially. He spent much of this time trying to be compensated for the money he spent during the War of 1812, but it would not be until 1823 that he would be compensated.

In 1820, Daniel D. Tompkins ran for Governor of New York again, while he was still the Vice President. However, he did not win this election.

Daniel D. Tompkins was a member of the prestigious American Antiquarian Society.

Daniel D. Tompkins was a freemason, who acted as the Grand Master at the Grand Lodge of New York.

While serving as Vice President, and afterward, his financial struggles and the poor emotions that came with it drove him to alcoholism, which was detrimental to his health. This deterioration of his health later led to his death on June 11, 1825, in Tompkinsville, New York, USA. He was 50 years old when he passed away.

Many things are named after Daniel D. Tompkins. Some of the most prestigious things named after him are listed below.