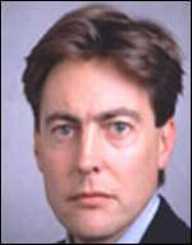 British Labour Party Politician and Member of Parliament for Exeter since 1997, Rt Hon Ben Bradshaw was born as Benjamin Peter James Bradshaw on August 30, 1960, in London, England. His parents were the former Anglican Vicar of Norwich Cathedral, Peter Bradshaw, and his wife, Daphne Bradshaw. He was brought up in Morningthorpe, near Long Stratton, where his father was Rector-In-Charge of the Hempnall Group of Parishes before moving to the Norwich Cathedral. His mother was also working as a Primary School teacher in Wymondham during their stay in Morningthorpe.

Ben Bradshaw received his elementary education in a tiny school in Morningthorpe, where he used to go by cycling. As the school was closed soon afterwards, Bradshaw attended an elementary school in Hempnall where there was an added attraction of outdoor play and helping with the harvest. He attended Thorpe Grammar School to receive his secondary education and joined the University of Sussex, from where he secured a degree in German. Further, he attended the University of Freiburg in Germany as an undergraduate.

Upon completion of his studies, initially, Ben Bradshaw pursued the job of a teacher. During the year 1982-1983, he began teaching English at the Technikum, which was a school of technology in Winterthur in the Zurich canton of Switzerland. Switching over to journalism, Bradshaw landed the job of a reporter with the Exeter Express and Echo in 1984. In 1985, he joined the Eastern Daily Press in Norwich as a reporter.

Switching over again in 1986, Ben Bradshaw joined the staff of BBC Radio Devon giving his career a big boost. He was selected to be the Berlin Correspondent of BBC Radio after three years in 1989. Incidentally, Bradshaw was present in Berlin when the Berlin Wall fell.

Gradually, Ben Bradshaw established himself as a successful career journalist and was gaining the reputation of being a celebrated journalist. In 1991, he was given the responsibility of a reporter with BBC Radio's ‘The World at One.’

Ben Bradshaw's career in journalism inspired him to join politics. One of his elder sisters, who lived in Norwich, was an active Labour Party member. During his teens, Bradshaw’s sister gave him the responsibility of delivering leaflets and plastering the front walls of the neighbourhood homes with Labour Party election posters. He, therefore, developed a kind of involvement with the Labour Party right from a very young age.

In the 1997 General Elections, Ben Bradshaw was elected to contest the marginal parliamentary seat of Exeter after the first choice candidate was not considered at the instruction of the Labour Party Headquarters. Bradshaw was pitted against the Conservative party candidate Adrian Rogers, who was known for his strident advocacy of the religious rights.

As Bradshaw was a self-proclaimed gay, the election campaign between the two turned bitter with allegations of homophobia and sin thrown upon Bradshaw by Rogers. However, Bradshaw won the election comfortably enough with a clear majority of 11,705 votes marking his debut as Member of Parliament. He delivered his inaugural address at the parliament on July 7, 1997. At the time of his first election, he was the second British M.P. who was openly gay. The first one was Stephen Twigg who took oath 21 minutes before Bradshaw.

Soon after his stint as British M.P started, Ben Bradshaw introduced the Pesticides Act in 1998 in the House of Commons resulting in more powers to the inspectors. Afterwards, in the year 2000, he became a Parliamentary Private Secretary to John Denham, the Minister of State at the Department of Health. After the 2001 General Election, Bradshaw joined the Tony Blair Government and assumed the post of the Parliamentary Under Secretary of State at the Foreign and Commonwealth Office. There was a terrorist attack on England on September 11, 2001. He had to answer questions regarding the attack days after him being appointed in the Foreign Office.

Ben Bradshaw got embroiled in controversy while commenting on the shortfall of dentists in England. Being the Minister of State in the Department of Health, his callous suggestion to consult General Practitioners in case of such unavailability of dentists received a lot of flak. The idea sparked off a heated debate and a heap of negative comments targeting Bradshaw.

On June 5, 2009, in a change of role, Ben Bradshaw was made the Secretary of State for Culture Media and Sport. He continued to remain in the position until the General Elections of 2010. After this stint, he assumed the post of the Shadow Culture Secretary and served at the position until the Labour Party (UK) Shadow Cabinet election, 2010. After that, he contested the Labour Party Deputy Leadership Election in May 2015 but unfortunately, he lost the election securing the last position.

1. As a professional reporter, Ben Bradshaw received the Sony News Reporter Award in 1993.

2. Ben Bradshaw won the Stonewall Politician of the Year Award in 2009 for his contributions and support for equal rights of the gay, lesbian and bisexual people.

Ben Bradshaw supported the concept of same-sex marriage and wanted that the clergymen of the Church of England clarified their position about the same.