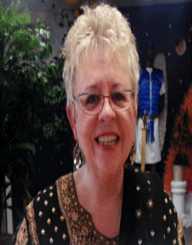 Pentecostal children’s pastor Becky Fischer was born on the 31 May 1951 in Bismarck, North Dakota.

After working in Bismarck for over twenty years, in 1999 Becky Fischer moved to North Wilkesboro, North Carolina and joined the Tasch Ministries International. The Tasch Ministries specializes in mission trips for children, and she served as children’s pastor for MorningStar Ministries under Rick Joyner.

She rose to prominence in 2006 for her documentary Jesus Camp, founded the Kids on Fire School of Ministry and authored the book Redefining Children’s Ministry in the 21st Century.

Fisher is also an author and her books include Redefining Children’s Ministry in the 21st Century and Jesus Camp My Story. She has also written various children’s church curriculums.

Becky Fischer is the founder and director of The School of Supernatural Children’s Ministry which is a training course for teachers, parents and children’s ministers.