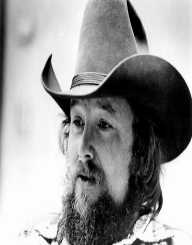 Bob Johnston was born on the 14 May 1932 in Hillsboro Texas. His mother Diane was a songwriter who wrote for Gene Autry and others.

His first career in the music industry involved songwriting, recording, and music publishing including writing songs recorded by Elvis Presley and Bill Haley & the Comets.

While working in Nashville Tennessee for Columbia Records Bob Johnston had early success as a producer with Patti Page’s recording of Hush, Hush Sweet Charlotte. Around this time Bob Dylan split with producer Tom Wilson, and Johnston worked with Dylan on Highway 61 Revisited (1965). He then went on to produce Blonde on Blonde, John Wesley Harding, and Nashville Skyline with for Dylan. During this time he also worked with Johnny Cash on the jailhouse live At Folsom Prison in 1968 as well as At San Quentin in 1969.

Bob Johnston went to London at the request of Charisma Records in 1971, where he produced Lindisfarne’s successful album Fog on the Tyne album. In the 1970s he also created Leonard Cohen’s Live Songs (1972)m Jimmy Cliff’s Give Thanks (1978) Carl Perkins Go Cat Go. Others Johnston worked with include Simon & Garfunkel, the Byrds, Pete Seeger, Loudon Wainwright III, Willie Nelson, Carl Perkins, Alvin Lee and John Mayall. In 1992 he assisted Willie Nelson with a solo acoustic album, The IRS Tapes, which went towards paying Nelson’s tax debt.

Bob Johnston was married to Joy Byers (b.1934-d.2017), a songwriter who wrote several songs for Elvis Presley. They had three sons: Kevin, Andy, and Bobby. Andy and Bobby both predeceased their parents.