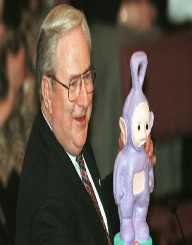 Jerry Falwell was born on August 11, 1933. He was an American political activist and televangelist. He was inspired by his mother to walk with Jesus in his lifetime. Jerry Falwell became a devout Christian when he was still young.

In 1956, he established the Thomas Road Baptist Church where he had a congregation of about thirty five adults together with their families. In the same year, he started a radio broadcast known as ‘The Old Time Gospel Hour.’ In 1971, ‘The Old Time Gospel Hour’ became a television show. He was not impressed with the United States Education system as he stated that the system exposed children to atheism and secularism. Jerry Falwell also added humanism to his list of reasons why he was against the United State’s Education System. In 1967, he founded the Lynchburg Christian Academy which was an academy meant for segregation. The school was also a ministry of the Thomas Road Baptist Church.

In 1971, Jerry Falwell established the Liberty University located in Virginia which is the largest Christian college globally. In 1979, Jerry Falwell established the Moral Majority Political Action Committee which was meant to protest against the decision that private schools were not exempted from tax. Jimmy supported Republican candidates and conservative politics as well. Jerry Falwell was also a committed supported of the state of Israel. In 1994, he took it upon himself to distribute ‘The Clinton Chronicles: An Investigation into the Alleged Criminal Activities of Bill Clinton’s Documentary.’ His views in the documentary were discredited as he could not prove his claims. He also, later on, acknowledged that Jerry Falwell was not sure of the authenticity of the footage that he had distributed.

In 1998, Jimmy married Macel Pate with whom he had three children Jeannie, Jonathan and Jerry Junior. He was against homosexuality throughout his lifetime. Jerry Falwell also was of the opinion that the Islam religion was a satanic religion. He also stated that Muhammad was a terrorist. He died on May 15, 2007, of cardiac arrhythmia in Lynchburg General Hospital. He died at the age of seventy three.