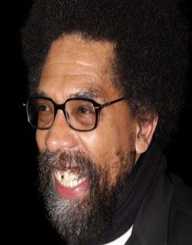 Cornel Ronald West is an American philosopher, Africa-America studies scholar and a political activist. Born on June 2, 1953, his works focus on how the American society deals with several critical issues. This includes topics on gender, race, and social segmentation and its role.

Traditions including the Black church, Christianity, and Marxism serve as inspiration for his intellectual works. In his book, “Race Matters,” 1993, West, scrutinizes the failure of black leadership due to selfish reasons.

Also, it addresses the moral authority on the debates on skin color in the United States. West has held academic positions in several universities including, Yale University, Princeton University. Others are Union Theological Seminary, New York City, and Harvard University.

Cornel Ronald West was born June 2, 1953, in Tulsa, Oklahoma. He was born to Irene and Clifton Louis West Jr. His father worked for the Defence Department as a general contractor and his mother a teacher. West grew up in Sacramento, California.

He attended John F. Kennedy High School graduating in 1970. His activism instinct developed with growing up in Sacramento. Malcolm X and the Black Panther Party also inspired his political activism. He since took part in public demonstrations. Also, while in high school, he organized protests in demand for black studies courses.

After receiving his Ph.D., Cornel West served as a W. E. B. Du Bois Fellow at Harvard. He later became an assistant professor at Union Theological Seminary, New York City. In 1984, he received a joint appointment at Yale University and Yale Divinity School. While there, he took part in several campus protests. One of such protests resulted in his arrest and subsequent jailing.

However, this would not deter him from joining other protests. He also taught at the University of Paris. At Princeton University, West became a professor of religion. Subsequently, he served as director of the Program in African-American Studies between 1988 and 1994. Also, he held academic positions at Harvard University, becoming the first Alphonse Fletcher University Professor in 1998.

In addition to African-American studies, he taught philosophy, religion, and divinity. After a dispute with Harvard president Lawrence Summers, he quit Harvard in 2002 to re-join Princeton.

Cornel West has written and contributed to about 20 books. His works encompass subjects on race, justice, and class. That aside, it traces analysis of politics, religion, and philosophical orientations.

His most famous book Race Matters, published in 1993 analyzes the failure of black leadership while questioning ethical and spirituality issues. His works include The Future of the Race, 1996, and Restoring Hope: Conversations on the Future of Black America, 1997. Others works are Democracy Matters: Winning the Fight Against Imperialism (2004), Hope on a Tightrope: Words & Wisdom (2008), Pro+Agonist: The Art of Opposition (2012), and Black Prophetic Fire (2014).

Cornel West played Councillor West in The Matrix Reloaded and The Matrix Revolutions. He also did the voicing for his character in the video game Enter the Matrix. Also, he along with Ken Wilber contributed to philosophical commentary on the three Matrix films in The Ultimate Matrix Collection. He has appeared in documentaries including Examined Life, 2008, and Still Bill. He guests starred in comedy series 30 Rock, "What Will Happen to the Gang Next Year?" in 2012.

Cornel West has been involved in activism in both private and academic works. He describes the United States as "racist patriarchal" nation where white supremacy is the order of the day. He insists the “White American” has historically resisted accepting the humanity of blacks. This according to him has resulted in many "degraded and oppressed people hungry for identity, meaning, and self-worth."