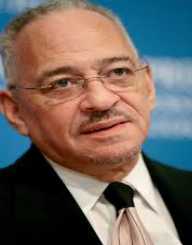 Jeremiah A. Wright Jr. was born on September 22nd, 1941. He is a pastor emeritus and has been preaching and worshiping at Trinity United Church of Christ, Chicago. Wright has been with the church for the past 36 years.

In 2008, his controversial critique of United States government terrorism marred his friendship with the then next President, Barrack Obama.

Jeremiah A. Wright Jr. was born on  September 22nd, 1941. He is the son of the late Jeremiah Wright Senior (1909-2001) and Mary Henderson Wright (1938-1980). His father equally worked as a pastor at Grace Baptist Church and the mother worked as a teacher at Roosevelt Junior High.

Wright's mother became the first black to teach at the institution. She was the first black vice principal. Described as the most friendly, Wright was a respected student of the 211th class of Central High School of Philadelphia.

Jeremiah A. Wright Jr. attended Central High School of Philadelphia. The institution boasted as one of the top schools at the time. When he joined Virginia Union University in Richmond (1959-1961), he was part of the Omega Psi Phi. Cohort, Zeta Chapter.

He was then trained as a cardiopulmonary technician and served as medical personnel who took care of President Lyndon B. Johnson. Before exiting the office in 1967, Wright was appreciated with a letter on behalf of the United States President.

On March 1st, 1971, Jeremiah A. Wright Jr. joined Trinity United Church of Christ as a pastor with only 90 of 250 members attending the fellowship at the time. After his arrival, the church congregation grew tremendously to become the largest in the region.

Wright was acknowledged as a national leader who promoted theological education and prepared seminars for African-American church. He served as a professor at Chicago Theological Seminary and at various Boards of committees inducing that of  Virginia Union University and City Colleges of Chicago.

Wright eventually made it to Ebony magazine's list of top 15 preachers. In January 2008, as result of recognition of his excellent service, he received the first ever Caver Medal award.