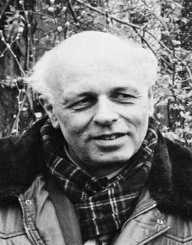 Andrei Sakharov was an eminent Nuclear Physicist born in former Soviet Union (U.S.S.R.). He is regarded as the ‘Father of the Soviet Atomic Bomb.’ His activism towards disarmament, peace, human rights and civil liberties earned him the Nobel Peace Prize of 1975. Regarded as one of the most vocal, ardent and unrelenting voices of the twentieth century for human rights and freedom, he had to suffer political imprisonment and even physical torture in the hands of Cold-War era Soviet Union Government.

Andrei Dmitrievich Sakharov was born on 21 May 1921 in Moscow, the Russian capital city. Dmitri Ivanovich Sakharov, a private school physics teacher, and an amateur pianist was his father. His mother, Yekaterina Alekseyevna Sakharova, was a housewife. His life was heavily influenced by the thoughts and personalities of his parents and particularly his paternal Grandmother Maria Petrovna.

Andrei Sakharov studied at the Moscow State University where he enrolled himself in 1938. During World War II he was evacuated to Ashgabat, which is in present-day Turkmenistan. He completed his graduation from Ashgabat in 1942. After his graduation, he started working in a laboratory of an ammunition factory in Ulyanovsk. In 1945, he returned to Moscow and started his Doctorate at the theoretical department of FIAN (P.N.Lebedev Physics Institute of the Soviet Academy of Sciences). He received his Ph. D. in 1947.

Andrei Sakharov initiated research work on cosmic rays after the completion of the World War II. The megaton-range Soviet Hydrogen Bomb was at the project development stage at this juncture. He involved himself in the project coordinating with Igor Kurchatov and Igor Tamm and played a very crucial role in developing the same. His contribution in the Soviet Atomic Bomb Project was decisive to the extent that the design used to evolve the bomb is popularly known as Sakharov’s “Third Idea’ in Russia and as Teller-Ulam design in the United States.

In the next two decades of 1950 and 1960, Andrei Sakharov concentrated his attention on top-secret research and development of thermonuclear weapons in a hidden place. In the early 1950s, his suggestion led to the idea of a controlled nuclear fusion reactor called ‘Tokamak.’ By late 1950s he increasingly became conscious about the severity of consequences, atomic research and development of nuclear weapons were bringing to the world. His awareness of the moral and political implications of his work in this field so far led him to protest against the nuclear proliferation.

In the late 1960s, Andrei Sakharov returned to the field of fundamental scientific research. He started working on Particle Physics and Physical Cosmology. He also suggested the idea of ‘Induced Gravity’ as an alternative option to ‘Quantum Gravity.’

Andrei Sakharov's most famous political article ‘Reflections on Progress, Peaceful Coexistence, and Intellectual Freedom’ was published in 1968. In 1970, he became one of the co-founders of the Committee on Human Rights in the USSR. The move offended the Soviet Government to a great extent. His public protest against the Soviet intervention in Afghanistan led to his arrest in 1980. He was then sent to an internal exile in the city of Gorky and was detained there until 1986.

1. Andrei Sakharov was awarded the Stalin Prize in 1953 for his outstanding contribution in the field of Physics.

3.Andrei Sakharov's work for human rights and strong objection to the abuse of power by the powerful nations earned him the 1975 Nobel Peace Prize.

5. The European Parliament honoured him by establishing ‘The Sakharov Prize for Freedom of Thought’ in 1988 awarded annually to people or organization for outstanding contribution to the cause of human rights and freedom.

6. ‘Andrei Sakharov’ prize is named in his honor and is awarded bi-annually since 2006 by the American Physical Society in recognition of outstanding leadership and achievement of scientists in upholding human rights.

7. Sakharov was posthumously awarded the Grand Cross of Order of the Cross of Vytis in 2003, fourteen years after his death.

During his laboratory work in Ulyanovsk, Andrei Sakharov developed an intimate relationship with Klavdia Alekseyevna Viakhireva, a laboratory assistant working in the same factory. They eventually got married in July 1943. They had two sons and a daughter, Tanya, Lyuba, and Dmitry. Unfortunately, Klavdia died in 1969. In 1970, Sakharov met with another human rights activist, Yelena G. Bonner. They got married in 1972. She became his most reliable supporter in their future life under Russian government's continued oppression.

On 14 December 1989, at the age of 68, Sakharov suffered a heart attack and died consequently.