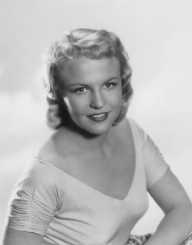 Known as a woman who could do it all: act, compose and sing, Peggy Lee was considered the darling of the music industry of her time.

Norma Deloris Egstrom was born on May 26, 1920, to her parents, Martin Olof Egstrom and Selma Amelia Egstrom.  She grew up in Jamestown, North Dakota, where her father worked a depot, but due to a drinking problem, by the time Norma was a teenager in highschool, she ran the train depot. Growing up, she loved music and playing the piano.  She learned how to play songs she heard on the radio and would play them for her friends. This love of music continued into adult life.

Peggy Lee, She started singing when she was 14 years old with the Doc Haines Orchestra.   While working on one particular radio show, she was introduced as Peggy Lee, because as the announcer put it, “She looked like a Peggy.” 1   With that announcement, Norma Egstrom became forever known afterward as Peggy Lee.  And at the tender age of 17, she moved to Los Angeles.

Still performing on local radio shows Peggy Lee was becoming more noticed due to her signature voice which later became her trademark in the music industry.  Many called her voice a sultry, sexy purr when she sang. At one of her performances, Frank Bering heard her and loved her singing.  So he requested she sings with him and his band.

Peggy Lee started to sing and travel around the country to do shows.  During one of her shows came her luckiest break yet.  Benny Goodman came to hear her sing one night in the Buttery Room, a nightclub in the Ambassadors Hotel East in Chicago. He was looking for a replacement for Helen Forrest to sing with the Benny Goodman Orchestra.  Now Peggy was working with them.

While working with Benny Goodman’s orchestra, she met and married Dave Barbour, the first of four husbands. Dave also worked with Benny Goodman. Their relationship broke the no fraternization rule amongst band members. It also caused the two to leave the band. Although Peggy later made up with Benny, her then-husband Dave Barbour did not.

Despite being married and taking time off to devote to her love life, her career and the music industry had other ideas. Peggy began singing again during her married life to Dave Barbour.

Peggy Lee was a performer.  Not only did she sing but, she acted, danced and composed music as well over a long career that lasted for 60 years.

1943: Sang with Benny Goodman’s band in the two films Stage Door Canteen and the Powers Girl

1948: She recorded her first number one hit “Somebody Else Is Taking My Place.”  She recorded another hit, “Manana.”

1952: She appeared in and sang in the movie The Jazz Singer

1955: She voiced four animated characters in the Disney movie Lady and the Tramp. She also composed some of the songs for the movie as well.

1958: She sang a cover for the song “Fever” which became her greatest hit to which she added her lyrics which couldn’t be copyrighted.

Peggy Lee left the music industry intent on raising her family and concentrating on her marriage to Dave Barbour.  The two had one daughter Nikki Lee Foster.  It only lasted until 1951. 2She remained single after the marriage’s demise until she met Brad Dexter in 1953.

That union lasted less than one year. 3 Following that divorce, Peggy was again single and working in her career as well as raising her daughter. She then met another actor Dewey Martin, whom she married in 1956.  Dewey Martin and Peggy Lee remained married for two years and divorced in 1958. 4 The last of her four husbands was Jack Del Rio, a bandleader, and percussionist from Argentina.

The two were married from 1964 until 1965. 5 None of the other marriages produced any children, or it appears any acting or musical collaborations.

Peggy Lee received number awards and 13Grammy nominations over the length of her career, but most of them, towards the end.

1970:  “Is That All There Is” Grammy for the Best Female Pop Vocal Performance

Other Awards And Achievements

1994:       She received the Ella Award for Lifetime Achievements

1999:       She received the President’s Award from the Songwriters Hall of Fame.

1987:       the Living Legacy Award for the Women’s International Center was awarded to Peggy Lee.

Peggy Lee returned to Capitol Records in 1957 and stayed with the company until 1972.  Although she didn’t sing with another record company after that, she still did tour dates and sang at events.  Peggy Lee died on January 21, 2002.

Peggy Lee completed 52 albums for Capitol and Decca Records combined.  Her songs are available online, but not all of them. Some are not available due to copyright issues. You can also view her films online as well.