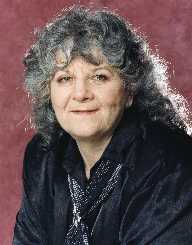 Ada Yonath was born on June 22, 1939, in Geula, Israel. Her parents were Hillel and Esther Lifshitz.

Ada Yonath and her family often moved when she was a child. The family lived in Israel when Ada was born, but before her tenth birthday, the family had moved to Palestine, and then to Poland. With moving so often and with the difficulty of finding good work, the family was often poor. Even though the family did not have much money, Ada’s parents were determined to give her a great education.

Ada Yonath attended private schools around her area. After Hillel’s death, Ada Yonath and her mother moved to Tel Aviv. There, Ada attended the Tichon Hadash High School. She attended this high school until she graduated.

After finishing high school, she attended the Hebrew University of Jerusalem. She graduated from the school in 1962, after earning her bachelor's degree in chemistry. She later earned a Master’s degree in biochemistry in 1964. She gained her third and final degree, a Ph.D. in X-Ray crystallography, in 1968.

After earning her last degree, Ada Yonath began teaching that the Carnegie Mellon University in 1969. However, in 1970, she began working at the Massachusetts Institute of Technology (MIT) instead. While working at MIT, Yonath had access to research opportunities, which helped to further her career. Her focus at this time was studying different types of proteins. Ada Yonath did not work at MIT for long, as in 1970 she left the United States to teach in Israel, at the Weizmann Institute.

It was at the Weizmann Institute where Yonath real work began. Ada Yonath established a protein crystallography lab in the country. At the lab, she studied protein biosynthesis, which is the biological process in which cells build RNA and DNA. While studying this process, Yonath’s goal was to learn the shape and structure of ribosomes. She did not work alone, though. Some of the other scientists, including H.G. Wittmann. As her research continued, she helped to understand the protein biosynthesis process better, understand how the ribosome works getter, and her research even applied to antibiotics, which made strides in medicine.

In the 1980’s, she made new techniques to study crystalline structures better. Her technique was called the cryo-bio-crystallography method, which with crystals put in low temperatures so that the structures would hold up better under X-rays. This and many of her other techniques are still used to this day.

Although Ada Yonath is well past the age that most people retire, she is continuing her research in crystalline structures and ribosomes. She currently works at the Martin S. and Helen Kimmel Center for Biomolecular Structure and Assembly of the Weizmann Institute of Science. She shows no sign of retiring anytime soon.

Ada Yonath won the Wolf Prize in Chemistry in 2006 (with George Feher) for her work with ribosomes. In the same year, she won the EMET Prize in Life Sciences.

She won the L’Oreal-UNESCO Award for Women in Science as well as the Albert Einstein World Award of Science (for her work with crystallography) in 2008.

She (along with Thomas Steitz and Venkatraman Ramakrishnan) won the Nobel Prize in Chemistry in 2009.

Other awards she has won include the Harvey Prize in Science and Technology, the Massry Prize, and Louisa Gross Horwitz Prize, and the Israel Prize in Chemistry.

Ada Yonath lives a very private life. Not much is known about her marriage, other than the fact she is married to a Mr. Yonath. She also has one daughter, Hagit.