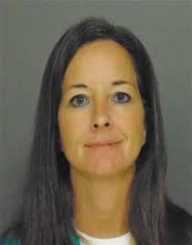 Susan Leigh Vaughan Smith was born on September 26th, in 1971. She is a well-known American convict. She was sentenced to life after killing her two sons so that she could continue with her affairs with a particular man.

Susan Smith was born Susan Leigh Vaughan Smith on September 26th, in 1971. Her place of birth was in South Carolina, United States. Growing up, Smith had a troublesome childhood experience. At first, her parents divorced each other. After that, her father took his own life away. Young Smith was only aged six when she lost her father.

When Smith clocked 13 years, she also attempted to commit suicide. Things got worse when her mother tied the knot to Beverly Russell. It was later revealed that Russell sexually abused the young girl in her teens.

Susan Smith completed her high school education in 1989. After this, she tried, for the second time, to commit suicide. She then went ahead and wedded David Smith.

The two welcomed two sons in their relationship. However, their marriage was faced with numerous challenges as there were several accusations of infidelity coming from both ends. Their relationship was, therefore, an on and off fling.

In late 1994, Susan Smith went to the police and reported that her two sons had been kidnapped by a black individual who drove her car away. The news spread far and wide and that Smith used the media to send her pleas for her sons to be safely returned. Nevertheless, on November 3rd, 1994, she confessed to claiming that she drowned her two sons after letting her car drive into a nearby lake. It was later realized that she only allowed her sons to sink so that she could maintain a romantic affair with a local wealthy individual.

Bodies of her two sons were later found in John D. Long Lake. Smith was then imprisoned at the Camille Griffin Graham Correctional Institution.