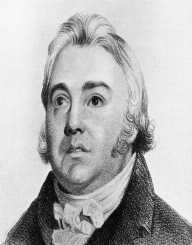 Samuel Coleridge was born on October 21, 1772. He was an English poet, philosopher, and critic. He laid the foundation for the English Romantic Movement. He was close friends with William Wordsworth. He founded the magazine titled ‘The Friend’ which was successful. He became addicted to drugs later on in his life.

Samuel Taylor Coleridge was born on October 21, 1772, in Devon, England. He was born to John Coleridge who was a vicar and his wife. He was brought up alongside nine siblings. His father was also an Anglican priest. His father died in 1781, and elder brother humiliated him while he was in his care. He attended Christ Hospital School where he would spend most of the time to himself. He took refuge in the school library as he did not love communing with people due to the treatment he faced at home. He was damaged emotionally up to adulthood.

In 1791, Samuel Coleridge enrolled to Jesus College, Cambridge where he studied until 1794. In 1793, he joined the army for a short period. In 1794, he received the Browne Gold Medal for poetry that he wrote of Slave Trade.

Samuel Coleridge was inspired by the ideas of the poet Robert Southey while he was still in College. Robert and Samuel worked on founding an organization titled ‘Pantisocracy,’ but it was never successful. In 1795, he met William Wordsworth, and they became friends. William inspired his literary works in the future. In 1797 to 1798, Samuel lived in Nether Stowey, Somerset where he produced his masterpieces ‘The Rime of the Ancient Mariner’ and ‘Kubla Khan.’ He also wrote poems such as ‘This Lime Tree,’ ‘Frost at Midnight,’ ‘The Nightingale’ and ‘Bower My Prison.’

In 1798, Samuel Coleridge and William published a collection of English romantic poem titled ‘Lyrical Ballads.’ In 1799, they met Thomas Hutchinson who had a daughter Sara. Sara became Samuel’s inspiration, and he wrote a ballad poem titled ‘Love.’ In 1796, Samuel got hooked to drugs, and he started using Laudanum at treatment for a toothache which later turned into an addiction. He became so addicted to opium that he alienated himself from his wife. In 1810, he fell out with William due to his drug addiction. The last works he wrote included ‘Church and State,’ ‘Aids of Reflection’ and ‘Sibylline Leaves.’

In 1795, Samuel Coleridge married Sara Flicker but later divorced her because he never loved her. In 1802, he married Mary Hutchinson who was Sara’s sister. They however divorced when he became so addicted to drugs that he alienated himself from his family and friends. In 1809, he started publishing a weekly journal ‘The Friend’ which was a success. His drug addiction became worse as he would not survive without opium. In his last days, he lived with his doctor where he was visited by several writers and poets. He died on July 25, 1834, of a lung disorder. He remains a celebrated poet and writer to date.