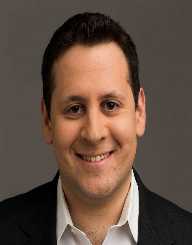 Ben Domenech was born on January 1st, 1982. He is an eminent American blogger and a conservative writer. He is most famous for being the founder of a web magazine titled The Federalist. He also hosts The Federalist Radio Hour. A newsletter featuring political insiders that he writes is called The Transom. Domenech is also the previous chief editor of The City. As a blogger, he got a job at The Washington Post. However, he only resigned after three days following evidence that his work contained plagiarism.

Ben Domenech was born on January 1st, 1982. His punditry career came about when he was still a teenager. During this period, he launched a column and named it Any Given Sunday. This was a column meant for National Review Online – NRO. He also earned high acclaim through his blog.

His style of writing was quickly noticed by many. As a result, the NRO column brought about numerous political talk shows on TV. Reporters from distinguished media houses saw Domenech’s writing style as sharp and commanding.

Soon, Ben Domenech landed on other jobs including working as a contributing editor to NRO. After that, he served as the speechwriter to Senator John Cornyn for two years. After this, he earned himself another job at the Regnery Publishing as the editor. While working here, some of the books that he worked on were written by authors such as Hugh Hewitt, Ramesh Ponnuru, and Michelle Malkin.

Afterwards, in March 2006, he was appointed as the Washington Post blogger. He was given the opportunity of writing from a conservative standpoint. He worked here for only three days before presenting his resignation on March 21, 2006. This was as a result of evidence that showed he had released plagiarized work that had originally been featured in The Washington Post, The New Yorker and the National Review.

During the elections held in 2008, Domenech published multiple columns for The Washington Times and Human Events. After that in 2012, he actively participated in commenting on Occupy Wall Street (OWS). This was a protest movement that delved in fighting global economic inequality.
Besides working on his personal blog "this is an adventure," Domenech is also the co-founder of RedState. In late 2013, he launched an e-magazine under the name The Federalist. This paper delves into political, cultural and policy topics.

Ben Domenech was born in Mississippi. He resides in Virginia.