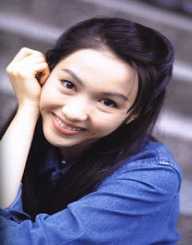 Barbara Yung was born on May 7, 1959, in Hong Kong. She was born into a civil service family. She was born as an only child. Her father died when she was only seven years old. At fifteen, she went to England to rejoin her mother. Her mother had immigrated to the United Kingdom in search of a job. She, her mother plus a family friend moved to Barkingside, Ilford near London. They later settled in Histon, Cambridge, England. Yung attended Rodaryhill School while in Hong Kong.

Barbara Yung completed her primary education and some of her secondary education at the school. She attended a secondary school in Cambridge to complete her GCE O levels. She was later admitted at the Anglia Ruskin University for a two year foundations program. After she finished the program she went to London where she joined Central School of Art and Design to study textile design.

In 1982, Barbara Yung returned to Hong Kong and participated in the Miss Hong Kong pageant. She came ninth at the end of the show. She was offered an acting contract by TVB which she accepted. In 1982, she made her acting debut in the series ‘Sup Sam Mui’ (The Legend of the Unknowns). She acted alongside Kent Tong and Simon Yam. This series shot her instantly to fame. Hence she became famous and popular in Hong Kong. TVB had so much confidence that they cast her again in the drama ‘The Legend of the Condor Heroes’ which was a hit.

Barbara Yung became famous in Hong Kong, Malaysia, Indonesia, Vietnam, Thailand, and Singapore. She is still considered a star to date due to her role in ‘The Legend of Condor Heroes.’ She acted in other dramas such as ‘The Foundation,’ ‘The Rough Ride,’ ‘The Battlefield,’ ‘The Fearless Duo,’ ‘The Man in the Middle’ and ‘United We Stand’ among others. She was a respected and loved actress.

Barbara Yung never got married, and so she never had children. Yung died from speculations of suicide after she broke up with TVB actor Ken Tong. On May 14, 1985, she was found unconscious in her apartment due to gas inhalation. She was rushed to the hospital but pronounced dead on arrival. She was accorded a Catholic funeral. Her body was cremated on May 19, 1985, in Hong Kong. Her ashes were laid to rest at the Cambridge City Cemetery in Cambridge, England. She was a dedicated and hardworking actress that her death surprised everyone who was close to her.