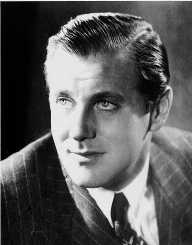 At a young age Bugsy Siegel got involved in crime, and by fourteen he was operating his first gang, threatening people with extortion. By 1918 he had formed the Bugs-Meyer gang with Meyer Lansky which involved extortion, car theft, and intimidation. In time, the gang got a reputation for assassinations and brutal murders. He was a founding member of Murder Inc.  During the 1930s his gang was involved in bootlegging, and after Prohibition, they concentrated on gambling.

In 1937 Bugsy Siegel moved to Los Angeles where he ran gambling dens as well as a national bookmaking racket. He made friends in Hollywood, and Virginia Hill became his mistress. During the early 1940s, he was sent to Las Vegas, and it was on his recommendation that Las Vegas's first super casino, the Flamingo Hotel, and Casino,  was built in 1945. This hotel became the center of his gambling operation and the beginning of what became known as the Las Vegas Strip.

He married Esta Krakower in 1929, and the couple had two daughters. They divorced in 1946. His murder remained unsolved

Bugsy Siegel was gunned down in his Beverley Hills home on the 20 June 1947.