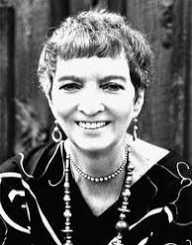 Madeleine L’ Engle was born on November 29, 1918. She was an American writer. She wrote fictions books such as ‘A Wrinkle in Time,’ ‘A Wind in the Door’ and ‘A Swiftly Tilting Planet’ among others. She was a staunch Christian. She also expressed great interest in science. She died on September 6, 2007, at the age of eighty eight.

Madeleine L’ Engle was born on November 29, 1918, in New York City in the United States of America. She was born to Madeleine Hall Barnett who was a pianist and Charles Wadsworth Camp who was a writer and a critic. Her father was also a foreign correspondent. When he was five years old, he wrote his first story.

In 1959, Madeleine L’ Engle moved with her family back to New York City so that her husband could resume his acting career. In 1960, she completed her novel ‘A Wrinkle in Time’ during a camping trip. In 1962, the book was published by Farrar, Straus, and Giroux after it was rejected thirty times initially. In 1960, she became a teacher at St. Hilda’s and St. Hugh’s School in New York City. In 1965, she volunteered to be a librarian at the Cathedral of St. John the Divine.

In the 1960s, 1970s, and 1980s, she wrote numerous children and adult books. Some of her adult books created the ‘Crosswicks Journals Series’ of autobiographical memoirs. In 1986, she lost her husband to cancer. In 1991, she was involved in a car accident, but she recovered. The following year, she travelled to Antarctica. In 1999, she lost her son to alcoholism. She later on in her life suffered from a cerebral haemorrhage which affected her moving capabilities hence she was unable to travel to give seminars.

Madeleine L’ Engle died on September 6, 2007, of natural causes at Rose Haven in Connecticut. Her remains are interred in the Cathedral Church of Saint John the Divine in Manhattan, the United States of America. She died at the age of eighty eight. She was an Episcopalian.

She wrote books such as ‘Meet the Austins’, ‘A Ring of Endless Light,’ ‘Troubling Star,’ ‘A Full House: An Austin Family Christmas’ and ‘The Anti-Muffins’ among others.  She received numerous awards in her career such as the National Humanities Medal, the Margaret A. Edwards Award, the Regina Medal and the Kerlan Award among others. She was also posthumously inducted into the New York Writers Hall of Fame.