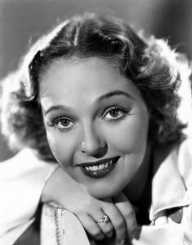 Loretta Young was described by many people around the world, especially those who were in the film industry in America and other parts of the world in the 1930s and 1940s, as having an ethereal beauty. She was the most famous and one of the Hollywood’s leading actress of her time.

Loretta Young made close to 100 films and even worked with successful directors like Orson Walles and Frank Capra. Loretta Young not only became one of the first female stars to command a six-figure salary but also received international acclaim.

Loretta Young, the youngest daughter of Mr. John Earle Young and Mrs. Gladys Royal Young, was born 6th January 1913 in Salt Lake City in the United States of America and was named Gretchen Michaela Young. When she was two years, her parents separated and she, together with her mother and two sisters, moved to Hollywood, California. Here, their mother established a boarding house.

At three years of age, Loretta appeared as a child extra in a silent film, The Primrose Ring, after which she spent two years living with actress Mae Murray, who requested to stay with her after noticing that she was a promising actress. At the age of four, she had begun her acting career appearing as a child extra together with her elder sisters Polly Ann and Elizabeth Jane who, unlike her, never made it in the industry.

Loretta Young was enrolled in Ramona Convent School where she got her early education, and by the time she was 14, she had become an established actress and landed her first major contract as an actress with First National Studio. Then she received a professional name, Loretta from the studio executive.

Loretta Young gradually made a successful transition from a child actress and during the 1930s and 1940s; she became one of the Hollywood’s most famous actresses. At 14 years of age, she acted in The Naughty but Nice in 1927. A year later, she acted in both The Magnificent Flirt and The Head Man and later co-starred with Lon Chaney Sr. in the silent film Laugh, Clown, Laugh, before appearing in The Second Floor Mystery and The Second Story Murder in 1930.

Besides, Young made an appearance in Too Young to Marry (1931), Platinum Blonde (1931), The Crusade (1935), The Stranger (1946), The Bishop’s Wife, among others. In total, Young made close to 100 films before she retired in 1953 just after she had completed her last movie titled, It Happens Every Thursday.

Upon her retirement, Loretta Young signed a contract with the National Broadcasting Corporation where she starred in a popular half-an-hour television series called Letter to Loretta, a title which was soon changed to The Loretta Young Show and was broadcast from 1953 to 1961 and earned 3 Emmy Awards.

Loretta Young's career spanned 80 years over which she won various awards including The Academy Award as the best actress for the role she played in The Farmer’s Daughter, a romantic comedy performed in 1947.  Later, she received an Oscar nomination for the second best actress in Come to the Table (1949).

Her television series, The Loretta Young Show, won a total of 3 Emmy awards, the first one being in 1953 and this made her the first actress to win both an Emmy and Oscar awards. She also received Women in Film Crystal Award in1988 for her determination to help expand women’s role in the entertainment industry.

At the age of 17, Loretta Young made headlines when she eloped with 26 years old Grant Withers who was her co-star in the film The Second Story Murder in 1930. This marriage was, however, nullified the following year.

In 1935, Loretta Young had a secret love affair with Clark Gable; with whom she made a film called Call of the Wild, and got pregnant. Young left Europe, together with her mother, and kept her pregnancy a secret and on 6th November 1935, she gave birth to a daughter who she named Judith.

Later in 1940, Loretta Young married Thomas Lewis, a young television producer, and together, they had two sons Peter and Christopher before they later divorced in 1969. Her daughter Judy, whom she had presented publicly as her adopted child, also took Thomas’s name and was now called Judy Lewis.

However, Judy later discovered the truth, and in 1994, she wrote in her autobiography that she was Clark Gable's daughter. Young never confirmed or declined this in public in her lifetime. However, Loretta Young confirmed, in a biography published after her death, that Judy Lewis was Gable’s daughter.

Young and Lewis later divorced and in 1994; she married Jean Louis, an Oscar-winning costume designer with whom she lived until he died in 1997.
After leaving the show business, Loretta Young entirely devoted her time to Catholic Charities.