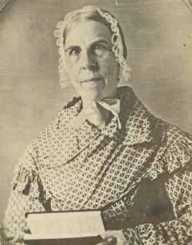 One of the most influential women in the 18th through to the 19th century was Angelina Grimke who stood firm for women’s rights. She echoed her voice against the discrimination of women and forced labor. She ministered to the hopeless and always gave a listening ear to their grievances. She advocated for their rights and embraced their sufferings as her own through preaching.

Her methods through the pulpit were not successful. Therefore Angelina Grimke resorted to writing as a way to educate people in America and Europe against slavery. She also talked about how women can be empowered rather than being looked down upon. She has since remained a legend worth celebrating in all America and globally for her tireless efforts to liberate the less fortunate in society.

Angelina Grimke was the daughter of two wealthy and prominent parents John Faucheraud Grimke and Mary Smith. She was born in Charleston, South of Carolina on 20 February 1805 as the last born child in a family of 14 children. She was considered more honorable than any of her siblings and a very aggressive child. At about thirteen years of age, she had disregarded the doctrines of the ‘Episcopal Church’ and kept her own beliefs.

Angelina Grimke went to Philadelphia in 1819 accompanied by her sister where she became a member of a religious group known as ‘Society of Friends.’ This was a group formed to echo their voices and resist slavery and women discrimination. At 21 years, she became a member of a Presbyterian church and began ministering to the voiceless and oppressed.

Angelina Grimke met Reverend William of the Presbyterian Church and together spoke against slavery. However, their approach to eradicating this vice was different which made Angelina part ways with William. The reverend supposed that prayer and preaching alone were enough to end the slavery. On the contrary, She wanted more than just religious perspective which saw her team up with Quaker Community. The Quaker Community’s method was not efficient either.

Instead, Angelina Grimke decided to write against slavery. Some of the manuscripts she read include ‘The Emancipator’ and ‘The Liberator’ which inspired her even more to write. This method seemed to draw attention, and she became a member of the Philadelphia Female Anti-Slavery Society in 1835. In 1836, an Anti-Slavery Committee sat to deliberate on these concerns and Angelina and her sister were the pioneers in preaching freedom and equality. She also sat with the legislators at Massachusetts being the first American woman to stand before the committee of legislatures.

Angelina Grimke mobilized women to speak against slavery and eradicate it through every means possible. Angelina also published a short essay in 1836 known as ‘An Appeal to the Christian Women of the South.’ She stood against Catherine Beecher who was against these liberations and wrote letters to her to highlight her concerns.

Angelina Grimke received the honor of joining the “National Hall of Fame’ in 1998.

Angelina Grimke began dating Edward Brittle and their close relationship was apparent would end in marriage. Although she had never made it open and Edward Brittle was also confidential about it. However, before they could make any arrangements as pertains to marriage, Brittle died of cholera. This fateful ordeal weighed down her soul and the only way she could contain her sorrows was through social events.

In 1836, Angelina Grimke was privileged to tie the knot with Theodore Weld who was a staunch anti-slavery individual. She was pleased to have met an individual who spoke the same language as hers and had the same goals as well.