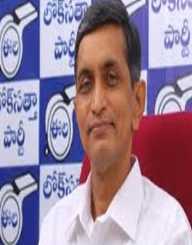 Jayaprakash Narayan was an Indian political leader who is best known for his involvement in the independence movement and his role in ousting Indira Gandhi from power in 1970s. He is also popularly referred to as, The People’s Hero.

Jayaprakash Narayan was born in Sitabdiara, Bihar, India on 11 October 1902. He was born into the Kayastha caste, scribes, bookkeepers and administrators. His parents were Phul Rani Devi and HarsuDayal. His father worked for the state government in the canal department. At school young Narayan was very interested in the legends and history of the Rajput kings. Narayan proved an excellent student and won an essay competition for his work on the Hindi language in his local province. After completing his school education, he received a scholarship to attend college.

Narayan would drop out of Patna college just days before his examinations. The decision to drop out was due to the influence of Mahatma Gandhi and his non-cooperation movement. Narayan left the British run Patna college and enrolled in the Bihar Vidyapeeth; an Indian founded the center of education. At age 20 Narayan moved to the United States of America to further his studies. He first enrolled in Berkley and worked some menial jobs to cover his student fees. He then transferred to the University of Iowa as his fees for Berkley were increased.

While in America Narayan studied sociology. He also became a socialist; he had been influenced by the many menial jobs he had to work to support himself and from reading the works of Karl Marx. Narayan also read the writings of Indian communist, M.N. Roy. Narayan returned to India in 1929.

Narayan had been a supporter of Mahatma Gandhi before he left for America and upon his return became involved in politics. He joined the Indian National Congress and became a disciple of Gandhi. He also developed a close friendship with fellow socialist, Ganga Sharan Singh. Narayan was active in the independence movement. He was a key member of the Quit India campaign, a political movement that sought independence for India through peaceful protests and civil disobedience. Narayan’s involvement with the group saw him repeatedly arrested by the British authorities and on several occasions was tortured. Narayan’s incarcerations only increased his nationalist fervor. He became the general secretary of the socialist independence movement, Congress Socialist Party.

Narayan was again arrested during the Second World War but escaped prison to join Gandhi’s Quit India movement. He was recaptured in 1943 and jailed until 1946. Narayan began to advocate the use of force to remove the British from India so impassioned was he for the cause. In 1947, India was partitioned and granted independence. Following independence, he left the Indian National Congress. He returned to politics in 1952 to take part in the formation of the Praja Socialist Party. Narayan found he was unsuited to party politics and instead became involved in the Bhoodan movement. The Bhoodan movement was a voluntary land reform organization. He began leading protests against the regional government in the 1960s, and his peaceful protests took on a national focus in the 1970s. He led student marches and called for total revolution.

Narayan became focussed on defending the civil liberties of the poor. When the Indian Prime Minister Indira Gandhi was found guilty of electoral fraud, Narayan led a national protest and organized a petition against her rule. Gandhi responded by declaring a state of emergency and having Narayan and other opponents arrested. This led to mass gatherings calling for his release, and his imprisonment gained attention worldwide. In prison, his health worsened, and he was forced to receive dialysis treatment.

Narayan and others were released in 1977 and elections were called. Narayan led the Janata Party to general election victory, ousting Gandhi. In March 1979, it was announced that Narayan had died and the nation of India went into mourning and parliament was suspended as a mark of respect. However, Narayan had not died and was very amused by the mistake.

Narayan married fellow political activist Prabhavati Devi in 1920. The marriage lasted until Prabhavati’s death from cancer in 1973. Narayan died of a heart attack on 8 October 1979.