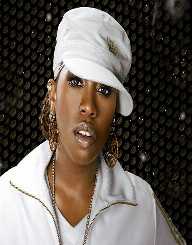 Missy Elliott was born on July 1st, 1971. Her place of birth was in Portsmouth, Virginia in the U.S. She is a famous music producer, rapper, singer and a songwriter. She has her record label. Her creative singing and rapping style landed her with five albums that were platinum certified in a row.

This is inclusive of her first album in her music career. Supa Dupa Fly was her debut album. It was widely celebrated and that it went to earn her 4 Grammy Awards. With the success that she received in the music industry, Elliott is recognized as the first female hip-hop mogul.

After Missy Elliott’s birth in 1971, she began singing at a tender age. Her father, Ronnie Elliott was a U.S. marine while her mother Patricia Elliott worked as a power coordinator. Right from the time she was young, she used to entertain her family and friends by performing for them. Deep inside, she knew of her aspirations as a musician.

Her childhood period was quite traumatizing as she often got raped by her cousin. She faced sexual abuses from her cousin for a whole year. It was one of her relatives that later discovered this was happening under their nose.

In addition to this, Missy Elliot’s worst experiences were when she saw her father continually beating her mother on a regular basis. In a bid to save herself and her mother, she pleaded to her music icons Michael Jackson and his sister, Janet Jackson. Ultimately, Elliott and her mother left when she was in her teens.

With her father out of the picture, Missy Elliott was now comfortable and motivated to pursue her music career. In 1991, she formed the Sista group which signed with Swing Mob Records. Financial problems were facing the new group. This affected their ability to release their album.

Unfortunately, they were not in a position to do so. Shortly, the young group separated. Elliott paired with her best friend Timbaland and sought to fight for their music passion. Writing and producing songs was their main thing. They were linked to writing hit songs for their friend Aaliyah.

With the positive mentality that Missy Elliott had, she managed to come up with her label called The Goldmind, Inc. under Elektra Records. In 1997, her first album Supa Dupa Fly came through. Immediately, this album went platinum earning Elliott recognition from all over. Rolling Stone gave her the title ‘rap artist of the year.’ Everything seemed to be in her favor as her next two album releases also went platinum.

In 2002, Missy released another album, Under Construction which was a commercial success with sales of up to 2.1 million in the U.S. alone. The same year, she was bestowed with 2 Grammies with one of the songs attributed to her awards was "Get Ur Freak On."

Other Grammy awards followed suit with songs such as “Work It” and "Scream a.k.a. Itchin.” In addition to the Grammy awards that she received, Missy Elliot has been awarded under the American Music Awards, BET Awards, and MTV Video Awards.

The renowned rapper and producer suffers from hyperthyroid disorder termed as Gravel’s disease. This disease has been a major cause of her absence from the music industry in recent years.

Nonetheless, Missy Elliot vows to resume her music career as soon as she heals from the ailment. Sources claim that Elliott is afraid of giving birth which stands as one of the main reasons why she is not married to date. It is also worth mentioning that Elliott was Patricia’s only daughter.