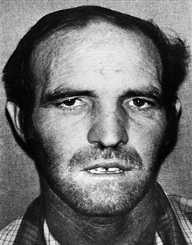 Ottis Elwood Toole was an American serial killer. Born on March 5, 1947, he committed numerous crimes with his partner Henry Lee Lucas. He confessed to committing various atrocities resulting in his conviction of six counts of murder. However, Toole later retracted all his confession but was too late. He had his two-death sentence subsequently converted to life imprisonment following an appeal. While serving the first two sentences, he claimed committing four other murders. He, therefore, received four more life sentences.

Ottis Elwood Toole was born on March 5, 1947, in Jacksonville, Florida. His father was an alcoholic and abandoned the family. On the other hand, his mother was abusive and wanted him to be a girl. As such, she usually called him Susan and dressed him in girls’ clothing. According to Toole, he suffered several sexual abuses, including incest with his older sister and other close relatives. That aside, his grandmother, according to him was evil and introduced him to satanic practices. She introduced him to self-mutation and tomb raiding. As a child, his family described him as mentally retarded and had an I.Q. of 75. Also, he suffered frequent grand mal seizure because he was epileptic. As a child, he frequently fled home to sleep in abandoned houses.

Growing up Toole became a serial arsonist because fire aroused his sexual desire. Toole alleged in the documentary, Death Diploma that at the age of five, a friend of his father forcefully had sex with him. He discovered he was gay at the age of ten. According to him, he had a sexual relationship with a neighbor at the age of 12. After dropping out of school at grade nine, Toole started patronizing gay bars. As such, he also claimed to have worked as a male prostitute.

According to Toole, he committed his first murder at the age of 14. This was after a traveling salesman tried having sex with him. Soon after the incident, he ran over the man with his own car. Toole became one of the prime suspects of the murder of Patricia Webb in 1974 in Nebraska. She was 24 years. Following that incident, he relocated from Nebraska to Boulder, Colorado. While there, he became the prime suspect in the murder of 31-year-old Ellen Holman on October 14, 1974. Subsequent allegations against him forced his return to Jacksonville in early 1975.

Toole married a woman on January 14, 1976, to a woman who was 25 years older. However, the woman left him after three days, when she discovered his sexuality. Later in an interview, he said he just married to conceal his homosexuality.

Relationship with Lucas, murders, and imprisonment

Toole and his later accomplice Henry Lee Lucas met at a soup kitchen in Jacksonville in 1976. The two subsequently began a sexual relationship. The two started committing crimes together. According to Toole, he joined Lucas in committing about 108 murders. Some of these murders, he said, were orders from the cult group, “The Hand of Death. However, the police were not sure of the group’s existence. Toole burned 64-year-old George Sonnenberg in a boarding house in Jacksonville. This was after he locked the man in one of the rooms after an argument and set it on fire. Toole and Sonnenberg were lovers. Sonnenberg died from sustained injuries just a week later.

The police arrested Toole in April 1983, from an unrelated arson, which also happened in Jacksonville. This resulted in a 20-year prison sentence. It was during his time in prison that he confessed killing Sonnenberg.

Two months after Toole’s imprisonment, the police arrested Lucas for unlawful possession of a firearm. Following the arrest, Lucas started claiming he had committed several murders with Toole. Although Toole initially denied any involvement, he later confessed his involvement. Toole had claimed of killing Adam Walsh, which Lucas also confirmed. Due to the magnitude of the crimes, many started speculating that Lucas was just a compliant interviewee. They suggested the police used him to clear all unsolved murders.

In the trial for the murder of Sonnenberg, Toole later claimed he did not set the house on fire. However, he did sign the confession to earn his movement to Jacksonville. Nonetheless, based on the first confession, a jury found him guilty of first-degree murder on April 28, 1984. Therefore, he received a death sentence. He subsequently received another death sentence for the murder of a 19-year-old Tallahassee, Florida woman on February 1983. After a successful appeal, the two-death penalties reduced to life in prison. Toole later confessed committing four other murders in Jacksonville. He, therefore, received four more life imprisonment sentences.