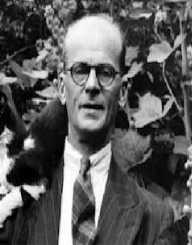 Brtish serial killer known as Reg Christie was born John Reginald Halliday Christie on the 8 April 1899 in Northworam, West Riding, Yorkshire, England. His father Ernest John Christie was a carpet designer, a hard man who showed little affection for his seven children. As a boy, Christie sang in the church choir and was also a member of the local Boy’s Scout brigade.

From a young age, John Christie was sexually dysfunctional and was teased about it by his peers. During World War I, Christie was in the 52nd Nottinghamshire and Derbyshire Regiment of the British Army. He went with the British Army to France in 1918 where he served in the Duke of Wellington’s West Riding Regiment. He was injured in a gas attack.

Returning from the war, he married Ethel Simpson in May 1920. They lived in Sheffield, and after four years, the couple separated. Christie was living in London during their separation and was imprisoned for various petty crimes. After his release from prison, the couple decided to give their relationship another chance.

In 1933, they relocated to 10 Rillington Place, Notting Hill, London. John Christie spent twenty years living in Rillington Place and during that time he murdered eight people including his wife, Ethel. When he vacated the flat in March 1953, three bodies were discovered hidden behind the kitchen wall. Two more bodies were found buried in the garden, and finally, his wife’s Ethel’s body was found under the floorboards in the living room.

After his arrest, John Christie told police that he had murdered his wife, the two women in the back garden and the three women in the kitchen. He then admitted to the murder of Beryl Evens; a crime Timonthy Evens had been charged for in 1949. Christie was put on trial for the murder of his wife Ethel Christie in June 1953 and pleaded insanity. A medical expert stated that he was not insane. The jury subsequently rejected Christie’s insanity plea and found him guilty of murder. Christie was hanged on the 15 July 1953 at Pentonville Prison.