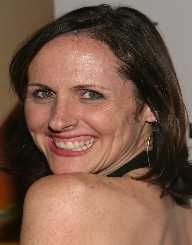 As a child, Molly attended a Catholic school, St Dominic School,  followed by Hawken School, Gates Mills. She then went to New York to study at the Tisch School of the Arts at New York University. Shannon graduated with a BA in 1987, having studied drama.

Molly Shannon married Fritz Chesnut in 2004, and they have two children.

Molly was brought up in an American-Irish Roman Catholic family.

Moving to LA, Molly found it tough going at first. She worked in restaurants and auditioned, doing what jobs she could to support herself. She had a small part in The Phantom of the Opera (1989), a walk on part in Twin Peaks (1991) and did some work on In Living Color (1993). Then in 1995, she auditioned for Saturday Night Life and was asked to join the cast.

Molly Shannon found success on Saturday Night Life with characters Mary Katherine Gallagher and Sally O’Malley both reflecting her Irish Catholic roots and upbringing. While working on Saturday Night Life, she starred in some films including  Superstar (1999). Superstar was about a shy Catholic school girl intent on becoming a superstar. It featured one of Molly Shannon famous characters, Mary Katherine Gallagher.  Other films included Never Been Kissed (1999) and How The Grinch Stole Christmas (2000).

Molly Shannon appeared in Kath and Kim (2008) was an American version of an Australian television comedy series that had been wildly successful in Australia. The show did not resonant with American viewers.

In 2013, Molly was nominated for a Primetime Award again in 2011 for Outstanding Guest Actress in a Comedy Series for Enlightened (2011). And in 2017, she won the Film Independent Spirit Award for Best Supporting Female in Other People (2016)