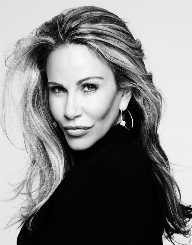 Julie E. “Tawny” Kitaen is an American comedian, actress, and media personality. Born on August 5, 1961, she came to limelight with her appearances in music videos for the band Whitesnake including “Here I Go Again.”

She since ventured into mainstream acting, appearing in a minor role in the television movie, Malibu and the title character The Perils of Gwendoline in the Land of the Yik-Yak and Bachelors Party all in 1984. She starred on the reality tv series The Surreal Life and Celebrity Rehab.

Julie E. Kitaen was born on August 5, 1961, in San Diego, California. She was born to Linda Linda Née Taylor and Terry Kitaen. Her father worked with Neon Sign Company, and her mother was a homemaker. At the age of 12, she adopted the nickname “Tawny.” Kitaen was diagnosed with dyslexia, and that affected her education. She attended Mission Bay High School, San Diego but had to quit due to her health. She went into modeling and acting to support herself.

Tawny Kitaen leveraged on her stunning looks, to propel in the entertainment industry. Dropping out of school, she had minor roles in films and television series. She appeared on the game show“To Tell the Truth” in 1976. In the 1980s, her relationship and later marriage to Whitesnake’s member David Coverdale afforded her the chance to appear in music videos of the band including “The Deeper The Love," “Here I Go Again,” “Is This Love,” and “Still of the Night.”

These appearances made her some sex symbol in the 1980s, helping in her gain acting roles. In 1983, Kitaen made an acting debut with a minor role in the television movie, Malibu. This was followed with a title character in the erotic-adventure film, The Perils of Gwendoline in the Land of the Yik-Yak in 1984. That same year, she co-starred in Bachelor Party as Debbie Thompson, a bride-to-be of Tom Hanks. Kitten played Linda Brewster in the horror movie, Witchboard, 1986.

Tawny Kitaen would later in 1997 starred in another horror movie Dead Tides, alongside wrestler Roddy Piper. Others include Happy Hour, 2002, Too Cool, 2009, and Naked After Midnight in 2014.

Tawny Kitaen has also played several television roles including in California Girls, 1985, Booker, 1989, Shades of L.A., 1991, and Seinfeld in 1991. She had a recurring role in Hercules: The Legendary Journeys and other Hercules television films. She appeared as the night-DJ Mona Loveland, in 19 episodes of The New WKRP in Cincinnati from 1991 to 1993.

Tawny Kitaen has married twice aside from her other relationships. While in the high school, she dated guitarist Robbin Crosby of Rattband fame. After a long-term relationship with David Coverdale, they married in 1989. The marriage ended in divorce two years later. Her next marriage was to baseball player Chuck Finley in 1997 and divorced in 2002. She has two children.

Tawny Kitaen faced domestic violence charges in an incident involving her husband, Charles Finley. She reportedly kicked Finley in the face with her high-heeled shoes. Finley filed for a divorce three days after the event. In November 2006, she faced prosecution for possessing 15 grams of cocaine in her home in Orange County.

The following month she accepted to enter a six-month rehabilitation program to avoid a felony charge for drug possession. She was arrested for driving under the influence of alcohol in Newport Beach, California on September 26, 2009. She pleaded no contest to her charge of misdemeanor DWI and was given some days sentence. She was also given 64 hours of community service and attended a first offender alcohol program.