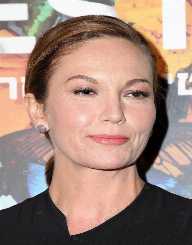 A film actress, Diane Lane still proves that nothing is impossible to a willing heart. With an undiscovered talent, the entertainment world is indeed a better place for this genre. It was at a tender age that she first appeared in a film called A Little Romance. Not only has she garnered loads of awards but also an appreciation to her fans. With few setbacks on the way, Lane’s glamor still charms even the unknown.

A shining and bright star; Diane Lane knows her quest since inception. She is made up of decency, and humanity.

Tranquility rules her trait as it is seen on her end to end roles. Diane loves to do things differently, but caring is her end virtue. A fierce and independent soul is always ready to stand corrected but stands true to her word. Making mistakes in motions isn’t her in-thing. She loves to adventure just as much as she hates criticisms. An incredible and good at heart actress, and while at it she prefers to get motivated along the way.

Diane Lane was born on 22nd, January 1965 to Colleen Farrington and Burton Eugene in NYC. Her parents parted ways when she was two weeks old. She stayed with her maternal mother until when her career called at the age of six. She became part and person of La MaMa Experimental Theatre Club.

At her teen, Diane attended Hunter College High School. At her part-time, she played in the Cherry Orchard play. In 1979 Lane starred in a romance and adventure film called A Little Romance. Her epic performance made her be featured in a Time’s cover magazine.

From 1983 to 1984, Diane Lane's presence appeared in films like The Outsiders, Rumble Fish, The Cotton Club as well as Streets of Fire. In 1987 Lady Beware film was launched where she was the leading actress. All of the mentioned films weren’t recognized.

With a never give up soul, Diane won an Emmy Award in 1989, thanks to Lonesome Dove TV show. From there onwards, she received a myriad of awards and nominations. It was in 1992 that Massive applauses followed her at the Cannes Film Festival. She also appeared in two biographies called The Setting Sun and Chaplin.

In the new millennium, Diane Lane made a comeback in countable of dramas. Notable films include A Walk on the Moon, Unfaithful, Perfect Storm and Under the Tuscan Sun. She was named as the Best Actress in 2013.

In 2008 and 2012, Diane’s fame called, thanks to her roles in movies like Nights in Rodanthe, Untraceable, Jumper, Sweet Bird of Youth and Man of Steel.

Unfaithful film is one of Diane Lane's significant works in her acting career. The film gave birth to an Academy award as well as National Society Critic award.

In 1988, Diane Lane got married to Christopher Lambert. The duo has a daughter called Jasmine. The marriage didn’t last where they parted ways in 1994. In 2004 she got married to Josh Brolin. The couple opted for a divorce in 2013.