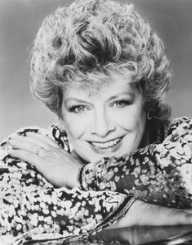 Rosemary Clooney was born on May 23, 1928, in Maysville, Kentucky, USA. Her parents were Andrew Clooney and Marie Guilfoyle. The couple faced many challenges throughout their married, which made life difficult for their three children, which included Rosemary, Nick, and Betty.

However, they split up when Rosemary was only 15. After her parents split up, her mother remarried to Bill Stone and had one child with him, Gail. Rosemary’s complicated family life would prove to stay with her for the rest of her life.

Rosemary Clooney began her singing career with the help of one of her sisters, Betty. The two sang on a radio show in Cincinnati. Later, the two joined a big band orchestra with Tony Pastor. The two girls toured with the band for a few years in the late 1940’s. Rosemary Clooney signed her first record deal in 1946 with Columbia.

In 1949, Rosemary began her solo career, as Betty had decided to retire from singing. She continued to be a singing sensation until the 1960s when she suffered a mental collapse due to trauma. She later recovered and picked back up her career in the 1970s with help from her friend, Bing Crosby.

Some of her most famous songs are listed below.

Rosemary Clooney was not only a music idol but a classic actress as well. She starred in filmed like White Christmas, and The Stars are Singing. While shooting, she became fast friends with Bing Crosby, who would prove to be a lifelong friend.

Aside from the movies, Rosemary also had her show in the 1950s called The Rosemary Clooney Show. She has also acted as a guest star in many television series, including ER and Frasier.

Things began to go downhill for Rosemary Clooney in the 1960s. It was around this time that her marriage with her first husband, Jose Ferrer came to an end. She also had an affair (which may have contributed to her divorce) that ended poorly as well. In the same decade, her friend, Robert F. Kennedy was assassinated.

All of these terrible events led Rosemary to depression and a sleeping pill abuse. She had a mental collapse. She was struggling for many years with her mental health problems and pill abuse before she recovered. Once she did, she more or less had to restart her career and build herself up from the bottom again.

Rosemary Clooney first married to Jose Ferrer in 1963. With Jose, she had five children: Miguel, Rafael, Monsita, Gabriel, and Maria. However, the couple divorced in the 1960s. The couple reconciled years later and remarried to each other in 1964. However, this second marriage did not last long, as they split up again three years then. She later married Dante DiPaolo in 1997. Rosemary did not have any children with DiPaolo. The married only ended with Rosemary’s death. She is also known as the aunt of the famous actor, George Clooney.

Rosemary Clooney had lung cancer near the end of her life. It was complications with her illness that eventually caused her death in 2002. She was 74 years old when she died.