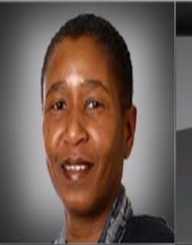 Michele Roberts is an American lawyer and the head of the National Basketball Players Association.

Michele A. Roberts was born in The Bronx, New York, on September 14, 1956. She grew up in the housing projects. Her father was not present in her life. Her mother, Elsie, worked as a cleaning lady to raise her five children.

Michele Roberts received a scholarship to attend the Masters School. It was a private boarding school located in the village of Dobbs Ferry, New York. She then attended Wesleyan University in Middletown, Connecticut. She earned her bachelor’s degree in 1977. Three years later, she graduated from the Boalt Hall Law School at the University of California at Berkeley.

Michele Roberts' career began in 1980. She got a job working for the Public Defender Service in the District of Columbia. She was very good at getting close to the jurors and convincing them easily. She managed to become the chief of the trial division. She left that job in 1988, and she opened up her private practice.

She often represented people who lived in poverty, but she also had some highly publicized cases. One of her clients was involved in the scandal between President Bill Clinton and Monica Lewinsky. He was accused of leaking some documents. She managed to exonerate him of the charges.

Michele Roberts then began to focus on white-collar crimes. In 2001, she became a part of the law firm of Shea & Gardner. In 2004, she transferred to the law firm of Akin, Gump, Strauss, Hauer, & Feld. In 2011, she joined the law firm of Skadden, Arps, Slate, Meagher, & Flom.

In 2013, Roberts contacted the labor union of the National Basketball Association. She gave her suggestions about the sports relations after the former executive was fired from the job. The players liked her vision and chose her as the new executive director in 2014. She received almost all of the votes, among a number of other candidates. She became the first woman ever to have that position in a major sports union. She is now in charge of negotiating the players’ salaries and their relationships to the teams and their owners.

Michele Roberts' work has been praised in magazines such as the Washingtonian and the Legal Times. She is a part of the American College of Trial Lawyers. She has also held a few lectures at the Law School at Harvard University.